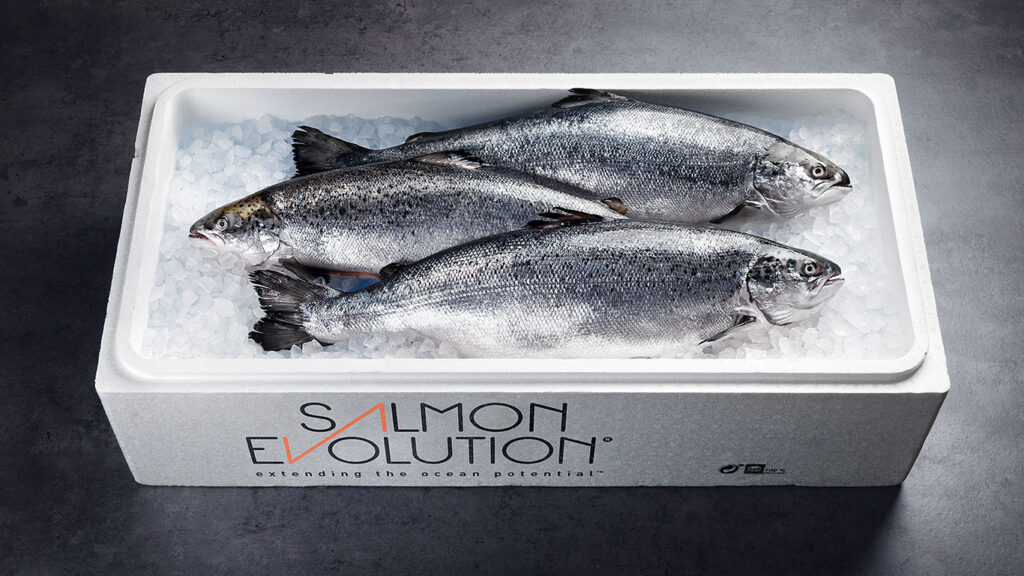 Land-based aquaculture company Salmon Evolution released encouraging reports of fish growth in its Indre Harøy facility and said it is on track for its first harvest in late October.

“The company is now in the process of preparing for the next smolt releases, further fish transfer activities as well as the first harvest, with the latter currently expected to take place late October/early November,” a release from the company said.

Salmon Evolution said the strong biological performance reported in this year’s second quarter has continued to the remainder of the third quarter.

“As per 30 September 2022 the batch #1 average weight is estimated to around 3.3 kg with observed individuals well above 4 kg and the Company remains on track for its first commercial harvest in Q4 2022,” according to Salmon Evolution’s Q3 operational report.

Salmon Evolution released its first batch of smolt at Indre Harøy in late March this year.

Ground work at the Indre Harøy began in May 2020.  The remaining construction works are mainly related to installation of equipment and piping as well as system integration.

By the completion of the third phase of the project in 2028, Salmon Evolution expects to increase its production capacity to 36,000 tons.

Indre Harøy phase 2 preparations are centred around implementing the learnings from phase 1, identifying cost savings and scaling effects from phase 1, defining a cooperation model designed at further optimizing the project management and develop a cost budget for Phase 2.

Salmon Evolution said it is seeing inflation pressure on parts of the project.

“On the other hand, many raw material prices have come somewhat down over the last months, but there is still significant uncertainty, both in terms of how the market will develop and lead times with respect to the time needed for changes in the raw material prices to be passed through the value chain,” the company said.