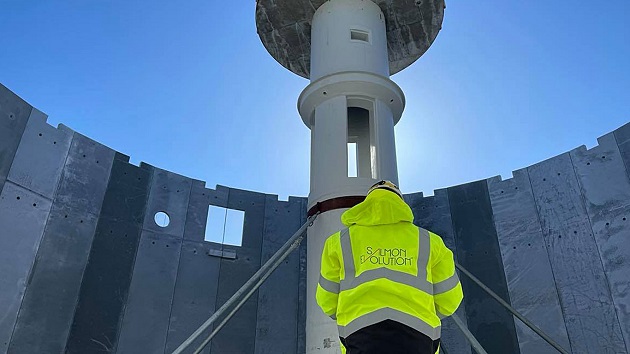 Salmon Evolution’s  land-based fish farm in Indre Harøy, Hustadvik will be powered by renewable hydro power when it begins operation in March next year.

The facility, which has been billed as Europe’s largest in-shore fish farm, will be getting its electricity from hydro power company Statkraft. The Norwegian energy firm has a hydropower plant at Grytten in Rauma Municipality, just less than 60 kilometers away from Indre Harøy.

An agreement between the two  companies guarantees that Statkraft will provide Salmon Evolution with 100 per cent renewable energy for the it’s Indre Harøy facility, according to a press release from the Norway-based aquaculture company.

“The execution of a green power purchase agreement directly with Statkraft’s Nordic Origination team is yet another strong testament to Salmon Evolution’s credibility in the market,” said  Trond Håkon Schaug-Pettersen, chief financial officer, of Salmon Evolution. “Furthermore, this agreement is a great example of delivering on our vision, Extending the Ocean Potential, where we continuously push for an acceleration of new circular blue economies.”

As part of the agreement, Salmon Evolution will pay a fixed electricity price covering the vast majority of the company’s electricity needs for 2022 and 2023 at highly attractive commercial terms, confirming original budget assumptions.

The facility has the capacity to produce 9,000 tons of fish per year. Production will rise to 36,000 tons when the whole project is completed, according to Salmon Evolution.

Salmon Evolution’s plans call for the first smolts to be in place during the fourth quarter of 2021, with harvesting starting a year later.