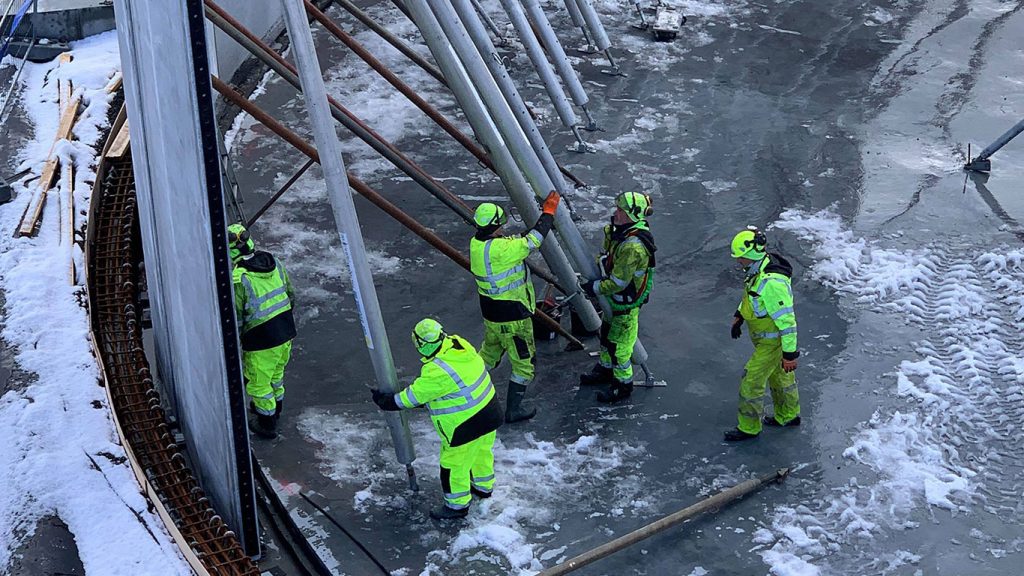 Work at the Indre, Harøy land-based fish farm of Salmon Evolution is in full swing as the Norwegian aquaculture company prepares for the delivery of smolt in 2022.

Nine of 12 tanks, in the western Norway facility are completed and both input pipes in place to take water from 25 and 95 metres respectively, according to Kamilla M. Holo, the company’s project director. She said the facility is on schedule for receiving its first fish during the month of March next year.

“We’re maintaining the planned progress, and are now moving towards a testing phase,” she said. “This will involve checking functions, equipment and components until we take delivery of the first fish tanks. “At the same time, we’re still in a construction phase and will be working to complete the complete farm towards the end of 2022.”

There are about 200 workers in the facility now where outfitting work is in progress.

The company intends to reach an annual production of 70,000 tons in nine years.

The milestones achieved at the facility shows land-based aquaculture “…will become an important supplement to conventional fish farming,” according to Håkon A. Berg, chief executive officer of Salmon Evolution.

“Thanks to the hybrid flow-through system we’re installing, our risk profile will be lower than in many other projects,” he added.