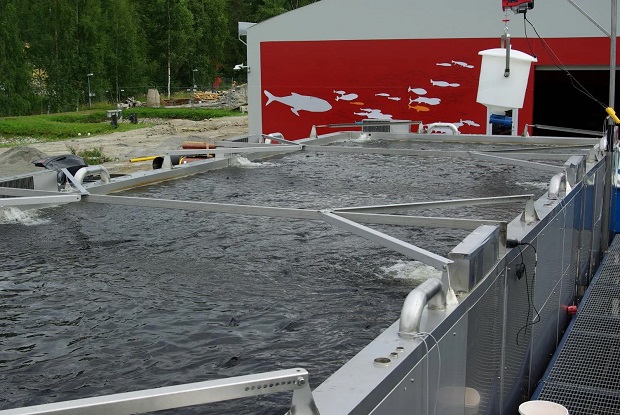 The Natural Resources Institute Finland (Luke) reports that the Partial air-driven Recirculation Aquaculture System (PaRAS) which they have been testing for two years now has been developed to surmount various challenges associated with conventional RAS.

The Finnish research body describes PaRAs as a “container-based fish farming concept.” According to look PaRAS has undergone further development and is now expected to improve energy efficiency and production capacity.

“The Partial air-driven Recirculation Aquaculture System (PaRAS) concept has been tested for two years with excellent results,” according to Tapio Kiuru, principal specialist at Luke. “Compared to recirculating fish farming, the concept’s advantages include improved fish growth and a more predictable product quality, as well as lower investment and operating costs.”

In the second-generation prototype, the tank size can be scaled according to the needs of fish farms of all sizes, a recent post on Luke’s website said.

Now, a single 12-metre container carries elements for two 96 m3 tanks to the installation site, whereas the volume of the original container-based tank delivered as a complete system was only 50 m3. Tanks can be assembled using bolt joints is quick to install, and the elements include all the water treatment technology required.  Any number of these cells can be joined together according to needs.

Reduced cost is achieved because partial circulation systems do not use bioreactors that are expensive to procure and maintain.