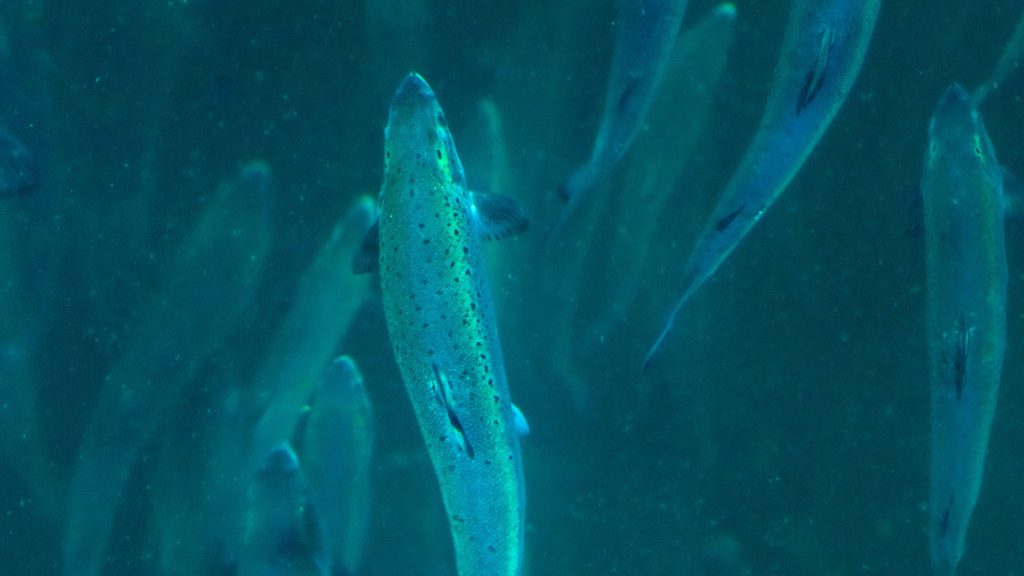 With Phase 1 construction at its Indre Harøy land-based fish farm going according to plan, Salmon Evolution says it is confident the company is on track for its first harvest at the facility for the fourth quarter of this year.

The “first smolt batch released at Indre Harøy late March as per original timeline – next smolt release planned in Q2 2022,” according to the company’s first quarter report. “Batch 1 performing in line with expectations – stable farm conditions with strong initial feed numbers and low mortality – average weight of ~725 grams as of 21 May.”

Ground work at the Indre Harøy location started in May 2020.

The company’s 2022 first quarter report indicated that Salmon Evolution has signed an agreement with Artec Aqua for the facility’s Phase 2 build-out.

Phase 2 is expected to be identical to Phase 1. Salmon Evolution expects Phase 2 to add a further 7,900 tons HOG of annual production, bringing the total planned production volume to 15,800 tons HOG per annum.

Salmon Evoltion also said that it has completed a NOK 300 million(US$31.3 million) private placement. The money will be used to partly fund the build-out and the expansion of the smolt facility.

Salmon Evolution took over the first part of the facility on March 26. This included inter alia the water intake station and the first two fish tanks together with connecting infrastructure and technical installations. On the same day, Salmon Evolution also successfully completed its first smolt release consisting of about 100,000 smolt with an average weight of around 300 grams.

“The company is very pleased to see that the fish is responding very well to feeding and on 30 April a significant milestone was reached when the daily feeding volume for the first time exceeded one ton, which represented more than two percent of the standing biomass. The positive trend has continued in May with average daily feeding exceeding two percent of the biomass,” the report said.