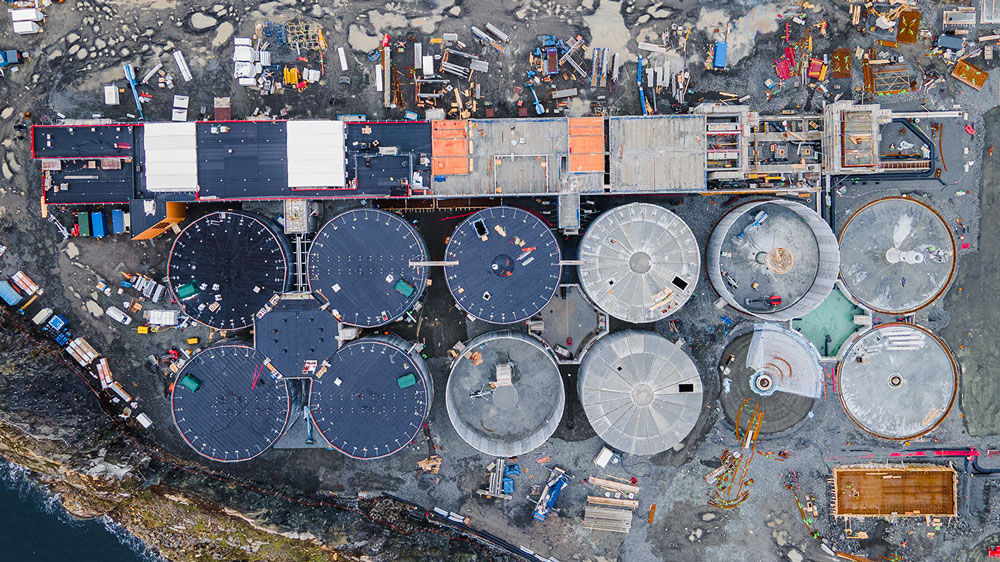 Salmon Evolution announced that it has raised NOK 300 million or roughly $34 million through a recent sale of shares at the Oslo stock exchange. The Norwegian land-based aquaculture company said a portion of the proceeds of the private placement will be used for the second phase of its project in Indre Harøy, Norway.

The company allocated a total of 33,333,333 offer shares at NOK 9.00 per share. The move “attracted strong interest from Norwegian, Nordic and international high-quality investors and was significantly oversubscribed,” a press release from the company said.

“The net proceeds from the Private Placement will be used to partly fund the second phase of the salmon farming facility at Indre Harøy; to expand the capacity at the smolt facility Kraft Laks AS; and for general corporate purposes,” according to Salmon Evolution.

Salmon Evolution is using a hybrid flow-through system technology at Indre Harøy. The project’s first production facility is expected to have an annual harvesting capacity of 31,500 tons HOG fully developed.

Phase 1 of the Indre Harøy project involved the release of the first batch of smolt in the facility. Salmon Evolution expects phase 1 to produce an annual capacity of 9,000 tons of salmon.

Phase 2 will add a further 7,900 tons HOG (head on gutted) of annual production.

The company said there is no decision yet as to when Phase 2 will commence.