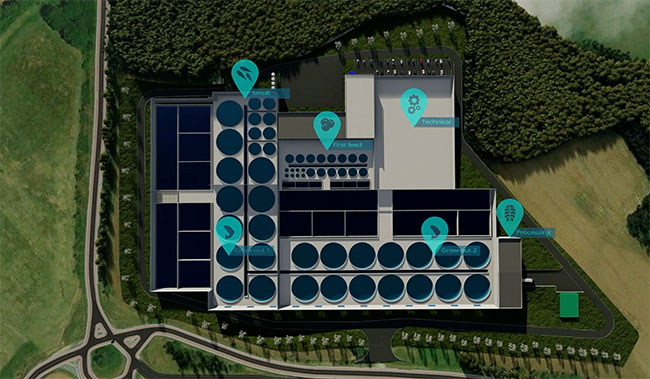 Smart Salmon recently announced that the company has literally cleared the road for launch of construction work on its planned recirculating aquaculture system (RAS) facility in Smørhamn, in the Municipality of Bremanger, Norway.

Early this month, workers completed clearing path to the swathe of land which will house Smart Salmon’s latest land-based fish farm. The facility will have an initial production capacity of 2,500 tons of salmon.

“We are pleased to announce that the road into our new farm in Smørhamn, Norway has been cleared, and we are ready for groundworks construction,” a press release from the company said. “Smart Salmon has acquired a 45.000 m2 location in Smørhamn in Bremanger, where we have been granted permission for a land-based fish farm. We have the possibility to acquire an additional 40.000 m2, with a long term potential of 250.000 m2 site.”

According to the company, the project will be built in two stages.

Stage one is a 2,500 tons post-smolt facility with construction starting already in autumn 2021.

Stage two is a 5,000 tons facility with a flexible solution of producing both post-smolt and full-grown salmon on-site, depending on the market’s demand.