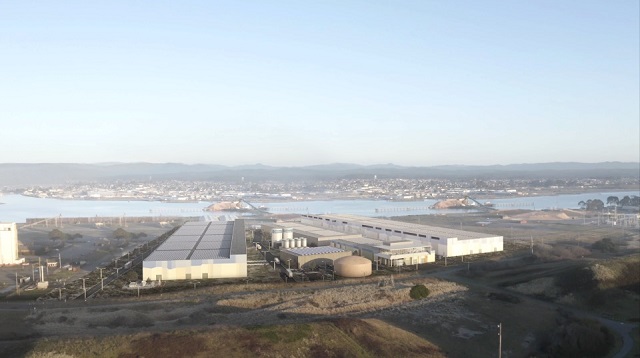 Nordic Aquafarms says it is nearing the the final stages of  the permitting process of its land-based salmon facility project in  Humboldt County, California.

“Nordic is in the final phase of permitting in California,” the company recently announced on its website. “Despite COVID travel limitations Nordic has maintained its close dialogue with the community and is on schedule in permitting work in Humboldt, California.”

A new plan calls for leasing an additional three acres from the Humboldt Bay Harbor Recreation and Conservatory District. This will increase the size of the facility and add more jobs, the company said. The last permit application for the development of the site was submitted on November 18th, 2020.

NAF posted transcripts of a radio interview which quoted a reporter saying the the Humboldt project was viewed favourably by local educators and county administrators.

In an interview with the Liam Moriarty of the Jefferson Public Radio, freelance reporter Daniel Mintz said the College of the Redwoods in Eureka had launched an aquaculture education program with NAF with a $2-million state grant. Mintz said The Humboldt State University is also looking into support it for the school’s Fisheries Biology Department.

“The county’s Economic Development Department is supporting it. And, of course the harbor district is. And this is going to create up to 300 jobs during the build phases, so that satisfies the area’s construction labor unions,” Mintz said.