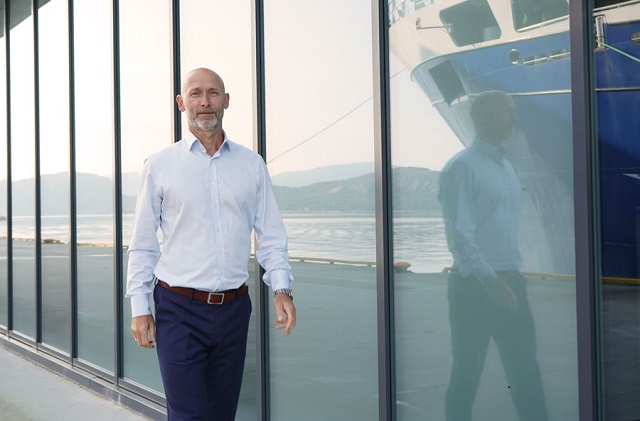 Salmon Evolution has appointed Trond Valderhaug, a former sales vice-president of Mowi, as its chief commercial officer. The Norwegian aquaculture company said it’s recruitment of Valderhaug means that it is “rigging up to commercialise output from its land-based fish farm.”

“Our product is due to be on the market within the next two years,” Håkon A Berg, chief executive officer of Salmon Evolution, said. “Until that time, we will be documenting the advantages of our land-reared salmon and have a strong story to tell.”

In May this year, Salmon Evolution broke ground to kickoff the first of three phases of the firm’s massive fish farm project in Indre Harøy in Hustadvik. The first construction stage will provide the capacity to produce 9,000 tons of fish per year. Production will rise to 36,000 tons when the whole project is completed, according to a press release from the company.

“Trond has long experience and an extensive network in strategic markets. He’s the right person to lead this work, and we’re very pleased to have this expertise in place,” Berg added.

Valderhaug’s appointment takes effect on October 1. Prior to joining Salmon Evolution, he was sales vice-president for Asia at Mowi, one of the largest producers of Atlantic salmon. Valderhaug has nearly 20 years of experience in national and international sales under his belt.

This move of Salmon Evolution means that the former Mowi executive will be transferring from conventional aquaculture to land-based fish farming.

“I am sure that the land-based approach will be part of our future, and I’m convinced that the way Salmon Evolution is doing this – utilizing large volumes of fresh seawater – is the most secure way of implementing it,” he said. “That applies both biologically and in relation to the product we’ll be proudly serving up to the market.”