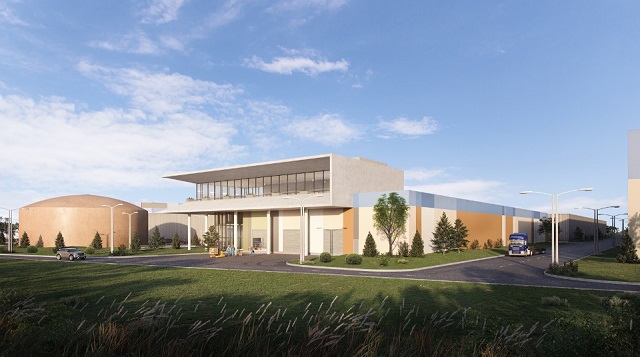 Nordic Aquafarms Inc. announced plans to broaden its recirculating aquaculture system (RAS) project on the Samoa Peninsula in Humboldt County, California. The move to expand the proposed facility is part of the company’s push to develop aquaculture facilities accessible to local markets in both coasts of the United States.

The new plan calls for leasing an additional three acres from the Humboldt Bay Harbor Recreation and Conservatory District. This will increase the size of the facility and add another 50 jobs, the company said.

The expansion will make the Humboldt project equal in size to NAF’s land-based Atlantic salmon farm project which is being built in a 40-acre land in Belfast, Maine.

“With both Maine and California in progress, we are developing the two largest RAS projects on each Northern U.S. coastline,” NAF Inc. president Erik Heim said in a press release. “Although size in itself is not our main objective, long-term expansion potential, scale advantages, and quality production are.”

The NAF development in Humboldt, California is progressing nicely, according to Marianne Naess, executive vice-president of the company.

“We are very pleased that we have been able to work with the local community to execute our plans on the west coast,” she said. “Despite not being able to be present in Humboldt right now, the collaborative relationships in Humboldt continue to grow and we find the community very constructive to work with.”

The Humboldt facility has benefited significantly from the development and operations experience from the three Nordic Aquafarms facilities in operation, and an equal number of NAF projects under development, the press release said.

Permits for the California project are expected in 2021 based on dialogues with permitting agencies. Work on the site could start as early as next spring.

In Maine, permitting deliberations are in their final weeks after a long and at times challenging permit process.

“Despite some local opposition who have been eager to spin their own storylines, NAF has stayed its course due to the broad support the project has in the state and the town of Belfast,” the press release said.

Last week, a letter was issued from the City of Belfast urging other permitting agencies to wrap up their deliberations. NAF has no outstanding deliverables to the authorities.

“Maine is essentially in competition with California at this point with the good progress we are making in California,” according to Heim. “We are committed to both locations, but investment priority with regards to timelines and phasing in both locations will be subject to further consideration this year.”

Modular standardized designs developed with NAF’s RAS design department means that the Maine and California projects benefit from significant design, construction, and operational synergies, according to the company.

The two projects will have similar campus layout, similar building and production designs.

Both development sites have access to clean fresh and seawater resources, competitive power rate arrangements, and have proximity to 50 million consumers.