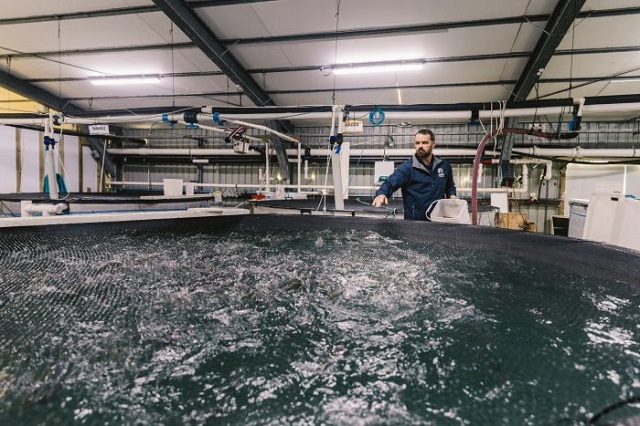 The New Zealand government, research bodies, and growth fund organizations are hoping to kickstart a land-based aquaculture project which aims to determine if yellowtail kingfish can be commercially farmed in the country.

The project involve the construction and operation of a recirculating land-based aquaculture system at the National Institute of Water and Atmospheric Research (Niwa) Northland Marine Research Centre at Bream Bay.

“The system is a prototype to see if it is technically and economically feasible to grow 600 tonnes of yellowtail kingfish to market size on land each year,” a press release from the government said.

The total cost of the project is NZD$19.8 million or roughly US$12.4 million. Of that amount, the Provincial Growth Fund is investing up to $3.7 million in loans. Niwa will contribute the equivalent of $4.9 million and the Northland Regional Council provide up to $3.7m in buildings and infrastructure.

“If proven, this system will produce high-value aquaculture products with global appeal that are produced sustainably and efficiently. World demand for sustainable products like kingfish is increasing, particularly for the high-end sushi market. Local restaurant suppliers have also shown a demand for kingfish if its supply and quality is consistent,” said Regional Economic Development Minister ShanShane Jones.

The project will initially create 18 jobs in Northland.

If kingfish production is proven viable at 600 tons a year, it could lead to a full-scale 3000-ton operation in five years with revenue estimated at $28 million each year.

“Successful expansion will give the private sector the opportunity to invest in larger reticulating aquaculture operations, not only in Northland but nationwide,” Shane said. “The knowledge gained through this initiative could contribute to the potential development of other land-based aquaculture which would complement the rest of the industry.”

He said the project aligns with the Government’s aquaculture strategy and its goal of reaching $1.8 billion in annual aquaculture sales by 2035.

A PGF investment of $618,000 for Kaipara Kai was announced by the Government in February last year to explore new crop and stock types and aquaculture opportunities for the region.