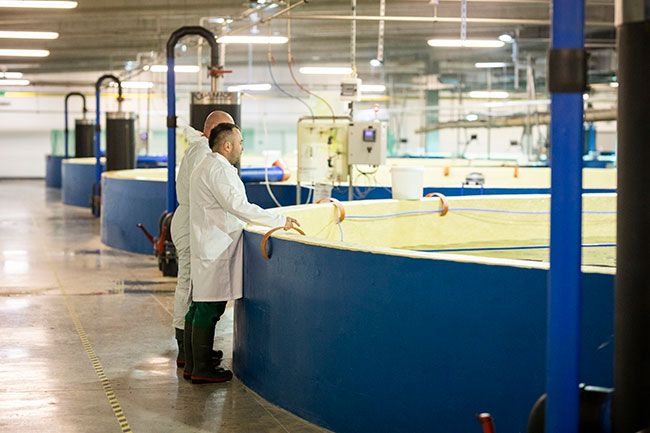 The facility will be built in the circular economy industrial park in Kungshamn/Smögen, in the Municipality of Sotenä, located in the western coast of Sweden.

“This is AquaMaof’s first project in Sweden, and we look forward to working with Smøgenlax to provide the Swedish population with high-quality salmon, grown close to market, in a natural environment, without the use of antibiotics,” Yoav Dagan, vice-president of business development at AquaMaof said in a press release.

Circular economy is a concept that focuses on minimizing waste and optimizing all resources in the development of products. In aquaculture, the concept includes the use of techniques such as aquaponics and utilization of residual products to cut waste, save energy and lower environmental impacts.

Last month, Smøgenlax Aquaculture issued a call for biologists for the RAS salmon farm it is planning in Kungshamn. Smögenlax and its subsidiary water purifying company Renahav is working with the University of Gothenburg on developing a research and development facility for salmon farming in the area.