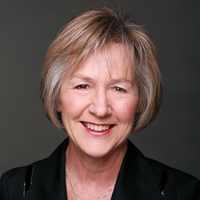 Murray who is the MP for Vancouver Quadra, was among the new cabinet ministers named by Prime Minister Justin Trudeau in a sweeping cabinet shuffle Tuesday morning.

Murray was first elected in her Vancouver riding in 2008. Her previous post was minister of digital government.

Before joining the federal government, Murray built an international reforestation company that planted almost 1.5 billion trees, including more than 500,000 that she planted herself.

Murray replaced Bernadette Jordan who lost her seat in the riding of South Shore-St. Magarets, in Nova Scotia in last month’s federal election.

Jordan had an often difficult relationship with some sectors of the aquaculture industry. Operators of sea farms were opposed to Jordan’s mandate to implement to implement Canada’s first ever Aquaculture Act. The agenda involves replacing British Columbia’s open-net sea farms with land-based facilities by 2025.

“With the world’s largest coastline, Canada has perhaps the greatest capacity in the world to develop its seafood farming sector,” said Timothy Kennedy, president and chief executive officer of the Canadian Aquaculture Industry Alliance (CAIA). “We have the people, innovation and drive and we look forward to working in partnership with Minister Murray towards achieving the next level of sustainable food production, food security, job creation in rural, coastal and Indigenous communities, and Indigenous reconciliation.”

Paul Lansbergen, president of Fisheries Council of Canada, said the appointment of Murry comes “at an exciting time for the sector…”

A statement from the organization said it hopes to work with the new fisheries ministers to “reclaim Canada’s global reputation as a sustainable seafood powerhouse.”