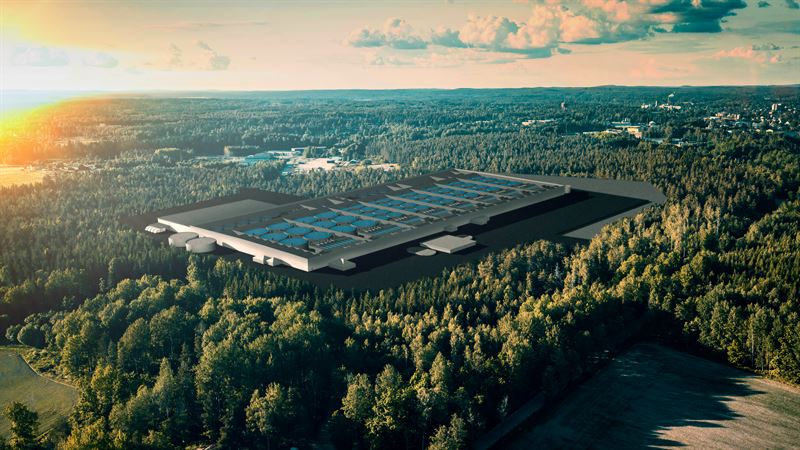 Re:Ocean, one of Sweden’s largest land-based aquaculture operations, says it is set to produce 10,000 tons of salmon annually by 2026.

The company, which is backed by the country’s three top grocery retailers, also hopes to see its produce in store shelves in the next three years.

“This is the first large-scale investment in salmon farming in Sweden, and that is reshaping food production in Sweden. We’re delighted that we’ll be able to serve tasty, land-grown salmon from Säffle, Sweden as early as 2025, and by 2026 we’ll be in full production,” said Katarina Klingspor, chairman of Re:Ocean.

Re:Ocean uses  a recirculating aquaculture system (RAS) to grow its fish. Its salmon are grown in 88 tanks where water is circulated, purified and reused in its own closed cycle, according to a press release from the company. The company’s facility in  Säffle, Sweden, produces no emissions. Re:Ocean also aims to use all the waste from the salmon for other applications, such as biogas.

“By owning the entire process from hatch to processing and packaging in the same place, we secure access to fresh salmon in Sweden and fundamentally change the way we produce fish. Our ambition is to create the most sustainable salmon available, in terms of human health and the environment. We want to let the oceans rest, so we’re building our own ocean,” said Morten Malle, chief executive officer of Re: Ocean.

Re: Ocean is now in the process of raising additional capital of SEK 2.3 billion (of which one billion is in equity). When fully operational, the company’s facility will provide 20 per cent of Sweden’s salmon consumption. The company is backed by Sweden’s three leading grocery retailers – Axfood, Coop, and ICA.