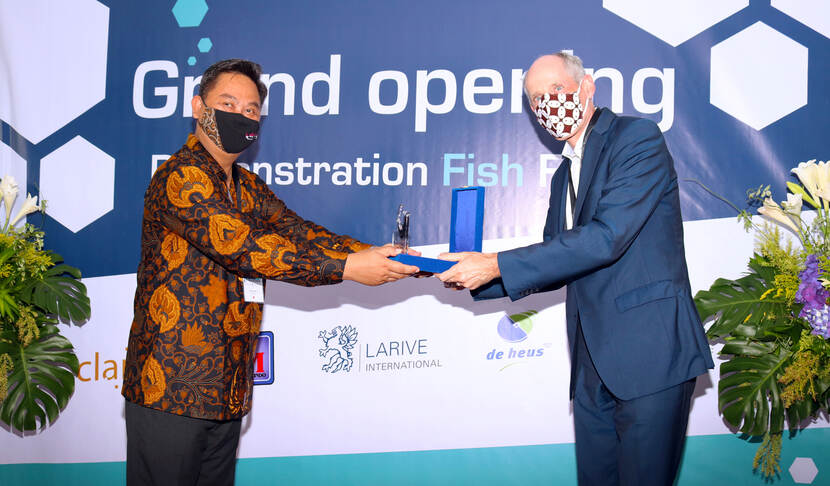 Dutch-owned, international development firm Larive International announced that FishTechIndonesia, an aquaculture partnership it built back in 2019 with other Dutch companies, has opened two RAS sites in Indonesia.

The farms will be demonstration facilities where fish farmers will be offered vocational training in the field of stocking, feeding, biosecurity and farm management, according to Netherlands And You, a website for all Dutch representation worldwide.

A press release from FishTechIndonesia said its RAS farm for catfish in Majalenka, West Java, will have an annual production capacity of 50 metric tons.

The partnership has another RAS facility for pangasius cultivation in PR Mitra Cahaya Mina in Tulungagung (East Java). The fish farm has an annual capacity of 30 metric tons.

FishTechIndonesia has been establishing sustainable and innovative production systems and best practices in Indonesia since 2019.

The partnership is in cooperation with and receives co-funding from the Embassy of the Kingdom of the Netherlands in Jakarta.

The firms that make up the partnership  offer complimentary solutions and cover essential steps of the aquaculture value chain:

Indonesia is the largest economy in South East Asia. It has a relatively young, fast-growing and increasingly urban population of over 260 million people.

The country’s Marine Affairs and Fisheries has the ambition to increase sustainable aquaculture production and reduce prices to make fish affordable for a larger part of the Indonesian population, according to Larive International.