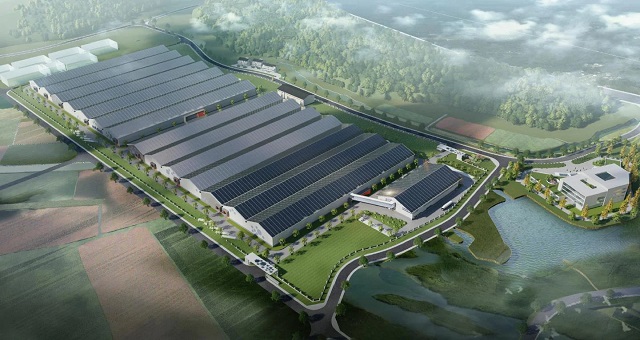 The recent collaboration between AKVA Group Land Based and Nordic Aqua Partners in a project in Shanghai has critical ramifications for AKVA’s future in the recirculating aquaculture system (RAS) industry.

The project has a planned production volume of 8,000 tons in 2026 and the $62.3 million contract is AKVA’s largest contract yet, according to the company.

Knut Nesse, chief executive officer of AKVA, said the contract could lead to other lucrative projects. The company currently has four other RAS projects.

“The contract is extremely important to us in our further investment in land-based food fish,” Nesse said. “This will be an important reference project that can give us new opportunities in the future.”

The development of the complete RAS facility will be carried out in two phases, and the first phase will start in January 2021.

The first phase will enable NAP to produce 4,000 tons of salmon annually. The salmon will be harvested at 4 to 5kg ​​and will supply the Chinese market with locally produced salmon.

“We have great faith in moving salmon production to where the consumer is. Air freight is saved, which gives a much lower CO2 footprint compared to producing in Norway and sending to Asia,” said Nesse.