Features Opinion
Editorial: The year that was 2020 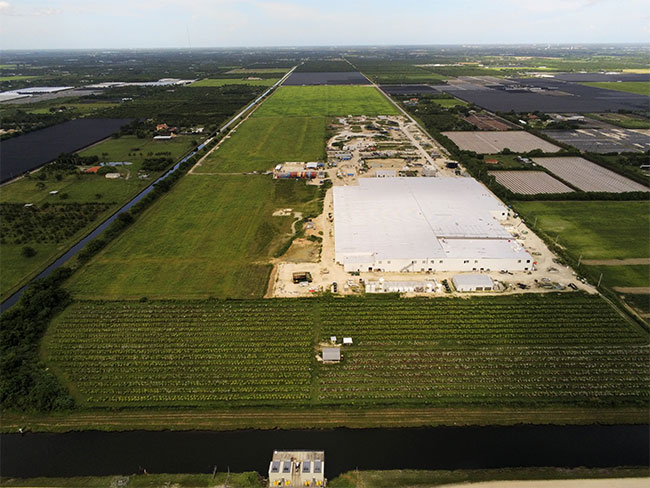 This year marked some important events in land-based recirculating aquaculture that have given the sector a brighter path forward.

The much-anticipated harvest from Atlantic Sapphire’s Bluehouse facility in Florida was certainly an important event not just for the salmon producer but for the entire spectrum of RAS production. This is the first time a large-scale RAS operation in the U.S. has come full circle in its production from egg to harvest, exclusively on land. It’s not really the “first time” a company has harvested fish in a full RAS production environment, as others have had relative success with this, but it is the first for such a big scale.

Most of the large-scale RAS projects are currently either under construction, in the permitting process or in the process of commencing production. Recent developments also signal an expansion of species that are being farmed in these large RAS facilities. One of them is the high-value Yellowtail kingfish.

The Kingfish Company, which has been farming Yellowtail in RAS at its facility in the Netherlands, has announced a significant expansion into the U.S. market with a planned 8,000-ton RAS facility in Jonesport, Maine. This is a significant jump from the current 600-ton production capacity at its Kats, Netherlands facility – although the company also plans to expand that to 5,000 tons in the near future.

We can’t talk about developments in 2020 without highlighting the global pandemic that has wreaked havoc not just in public health systems but in markets and industries around the world. But this pandemic, for all its ugly consequences, had a silver lining, particularly for sustainable food production. International border closures meant significant challenges in the global transport of food supplies, increasing opportunities for local producers to supply the market.

In the seafood world, the global pandemic gave RAS producers a chance to shine, to show agility and adaptability to sudden market changes and pivot their production and sales and distribution strategies.

And shine they did.

When restaurant and hotel industries – a major clientele for RAS producers – were forced to shut down at the height of the pandemic, RAS producers found another market: wholesale, retail and online. The market has changed in a span of three months, and the RAS sector has shown it can adapt to those changes.

As we move into a new year, still on the heels of this global pandemic and many major markets in recovery mode, the outlook seems promising. As more of the large-scale projects come online and the small-scale RAS producers continue to stay competitive and become beacons of sustainable food production, the mainstream marketplace will gradually come to know the benefits and the value of locally-grown, sustainably-raised seafood. And the world will be better for it.

Related
Sustainability and the bottom line
Editorial: When the world catches a cold