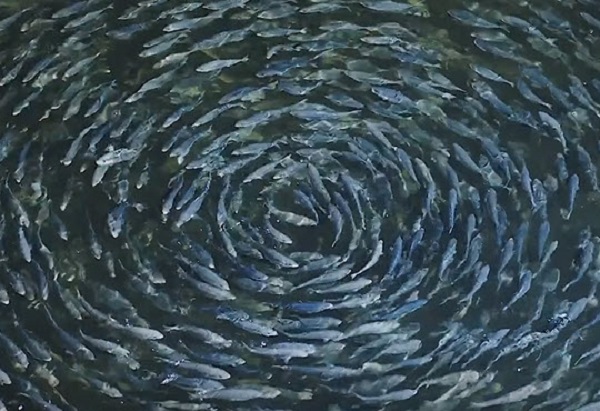 Land-based salmon producer Nordic Aqua Partners (NAP) has announced its successful private placement of 7,214,788 new shares at the  Euronet Growth Oslo has helped it raise US$65.4 million for its recirculating aquaculture system (RAS) project in China.

Dutch animal nutrition provider Nutreco N.V. has said it has fully completed its further investment in Nordic Aqua Partners China project. The press release from the feed company did not mention how much Nutreco has invested. However, in January this year, it was reported that Nutreco had committed $30.9 million to the project.

The project to build a facility in Ningbo, just outside Shanghai will produce around 8,000 metric tons of Atlantic salmon by 2026. Further expansion has the potential to boost annual capacity to 40,000 metric tons.

Nutreco is betting on RAS because its sees it as the technology that has the brightest future as far as its business is concerned.

“As a global population, we have reached or exceeded sustainable limits of fishing many species for human consumption,” according to Rob Koremans, chief executive officer of Nutreco. “Aquaculture in RAS provides an additional sustainable and safe way to increase the amount of fish available.

He said supporting RAS “directly supports our mission of feeding the future in a way that is better for the planet.”

Nutreco already has a stake in the West Coast Salmon RAS project in Nevada as well as the Kingfish Zeeland project in the U.S.

Speaking on the NAP project, Nutreco chief information officer, Viggo Halseth said: “The collaboration will allow Nutreco to further integrate farming and feed solutions towards optimal fish performance and will help further develop this highly sustainable form of aquaculture. It will also help us expand our learning about RAS and continue Skretting’s development of the best feed tailored for RAS systems.”