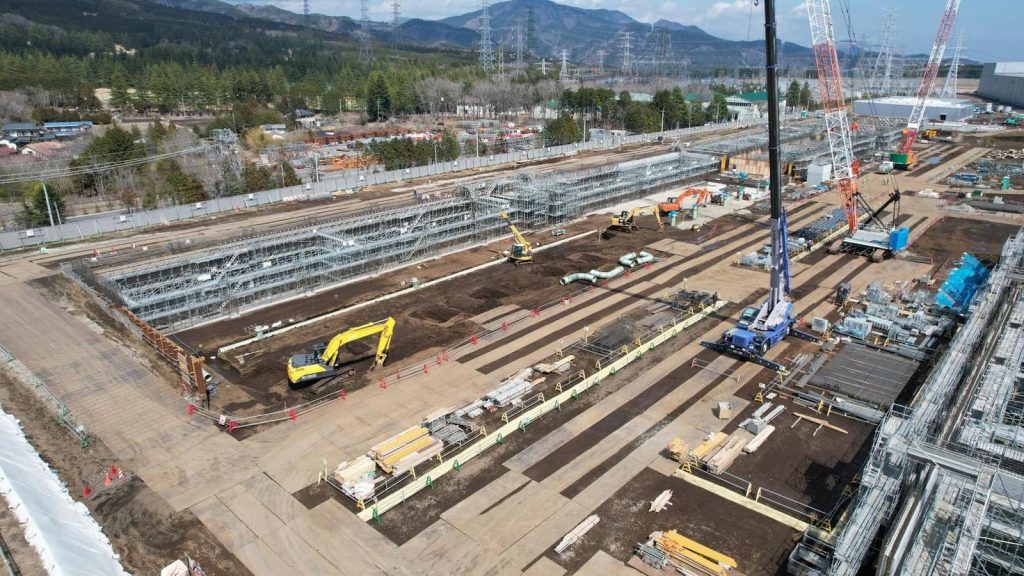 Proximar Seafood AS announced that it has just concluded  a crucial stage in its plans to building a recirculating aquaculture system (RAS) facility in Japan. The land-based salmon farmer said that more than 95 per cent of its capital expenditure (CapEx) for the project is now assured thanks to the completion of a fixed-price contract.

The construction progress of Proximar’s first RAS facility is moving ahead as planned in Oyama town at the foot of Mt. Fuji in Japan, a press release from the company said following the signing of final contract between Proximar and Techno Ryowa Ltd., a Japan based engineering company.

Workers are now finishing the structural construction and are undertaking inside work on the hatchery and nursery of the facility. Work is also being done on the post smolt grow-out facility.

Techno Ryowa is a provider and installer of heating, ventilation, and air conditioning (HVAC) equipment.

“We have now executed and signed all important contracts for the construction and installation of our state-of-the-art land-based facility in Japan and are on track to deliver on time and cost. We are pleased to see our many years of preparations  and patience is paying off well”, said Joachim Nielsen, chief executive officer of Proximar Seafood.

He said production is planned to commence in the third quarter this year, when the first eggs are delivered to the hatchery.

According to the company, increasing cost of materials brought about by the pandemic, did not substantially impact construction of the facility.

However, Proximar is confident that signing a contract with Techno Ryowa will result in greater stability. The contract also brings the level of fixed price contracts to above 95 per cent of the estimated CapEx.

“The high degree of fixed costs and low impact of the pandemic puts us in a unique position to follow our business plan and finish the project on time and within budget. With a high degree of fixed costs, our estimate of CapEx around NOK 193 per kilogram (including land) is maintained, and we are therefore well-positioned in terms of our business plan,” the company said.

At full operational capacity, the site is targeted to produce about 5,300 tons (HOG) of Atlantic salmon annually.

The facility is located within a two hours drive from Tokyo. This will enable Proximar to deliver salmon to consumers on the same day that it is harvested.