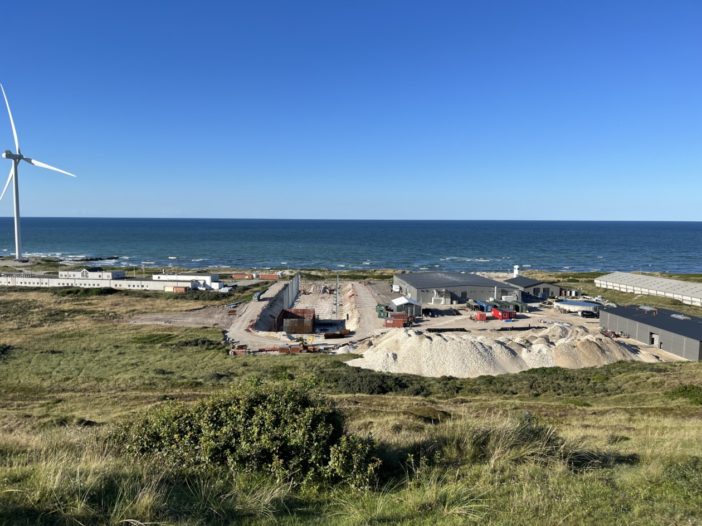 Land-based aquaculture producer Nordic Aquafarms (NAF) reported that its expansion of the company’s subsidiary Sashimi Royal in Denmark. Nordic Aquafarms hopes that the expansion will also allow NAF’s Norway operations to transition to production of another species.

Nordic Aquafarms Inc. is developing a large salmon production facility in Belfast, Maine and another facility is in permitting stage in Humboldt County, Calif. The company took over Sashimi Royal in 2020.

“This newly expanded facility will also enable production of yellowtail at Fredrikstad Seafoods, preparing us for our transition from salmon to Kingfish in Norway,” said the press release from NAF.

Workers broke ground at the town of Hanstholm in April this year to begin Phase 2 of the expansion project of building a juvenile grow-out building. Nordic Aquafarms said it hopes to start introducing fish to the new units by May 2023.

The expansion project, which is being managed by Nordic Aquafarms’ in-house NAF Tech team.

NAF Tech incorporated a design of a proprietary technology in its work.

The project is fully financed through equity and debt with a total investment of US$15 million.

Nordic Aquafarms said the expansion will double production capacity of yellowtail kingfish at Sashimi Royal, with room for future growth and expansion in Hanstholm.