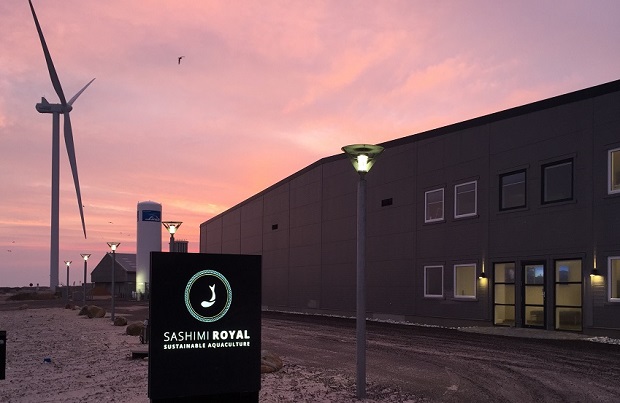 Land-based seafood producer Nordic Aquafarms Inc. (NAF) is shoring up its position in the industry with the acquisition of two Danish aquaculture companies.

Nordic Aquafarms has announced that it has snapped up the remaining shares of Maximus A/S and Sashimi Royal A/S, making both companies now fully owned subsidiaries of NAF.

“The acquisition of the remaining share in the two Danish Yellowtail Kingfish companies enables us to focus even more on this fantastic product,” said Bernt Olav Røttingsnes, chief executive officer of NAF. “…With this acquisition we strengthen our biological diversification and expand the opportunity space for future projects globally.”

According to a press release from the company, NAF signed an agreement with Sustainable Seafood Invest (SSI) to purchase the remaining 50 per cent of shares in Maximus and 32.5 per cent shares in Sashimi Royal.

Maximus is located in the northwestern part of Denmark. It produces Yellowtail fingerlings exclusively for its sister company Sashimi Royal.

Total annual harvest capacity is approximately 900 metric tons, with potential for substantial on-site capacity expansion. The companies have produced Yellowtail kingfish since 2017 with harvest and sales since 2018. The product is primarily sold to the premium hotel, restaurant and catering markets in Europe.

Nordic Aquafarms has two land-based aquafarms in production in the Nordics, and farms under development in Maine and California in the U.S.

NAF has an in-house, multidisciplinary team of more than 55 employees.The group has an experienced recirculating aquaculture system team of 10 employees in Aarhus, Denmark.