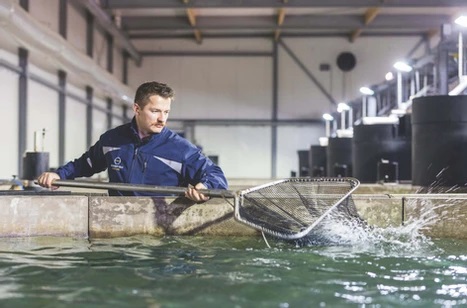 Days after its successful bid for a permit critical to its recirculating aquaculture system (RAS) project in the United States, The Kingfish Company announced plans for an initial public offering (IPO) at Oslo’s Merkur Market.

The land-based yellowtail farmer’s fundraising coincides with the company’s acceleration of roll-out plans in both the U.S. and Europe.

“We are excited by our recent progress across production, sales and expansion activities, and view the Oslo Merkur Market an enabling platform as we look to scale up our business and transform our first mover position into a long term competitive advantage as a vertically integrated RAS aquaculture operator in the EU and the U.S.,” said Ohad Maiman, chief executive officer of The Kingfish Company.

In late September, the company moved one step closer to realizing its plans to build a major RAS production facility in the U.S. The Maine Bureau of Parks and Lands finalized The Kingfish Company’s submerged lands lease application for the installation of intake and discharge pipes. The company plans to build a land-based RAS facility in Jonesport, Maine, to produce between 6,000 and 8,000 metric tons of yellowtail annually.

The round is expected to be substantially supported by the company’s largest shareholders – Rabobank Corporate Investments (RCI) and the French Mulliez family office Creadev.

Apart from its project in the U.S., The Kingfish Company also plans to expand its European business.

The company is increasing the installed capacity of its facility in the Netherlands from 1,250 to 2,750 tons per year.

The company’s Dutch subsidiary, Kingfish Zeeland, recorded substantial production improvements and redirected volumes in Europe to retail through COVID-19, according to the press release.

At the height of the hotel, restaurant, and catering closures, Kingfish Zeeland managed to land a contract with retail giant Whole Foods Market in the United Kingdom.