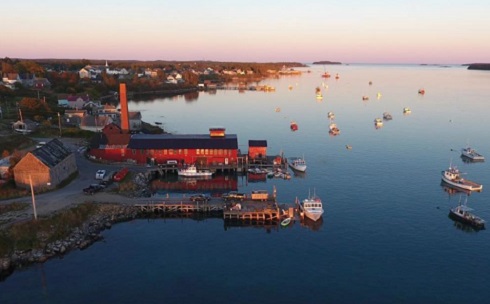 Kingfish Maine, a subsidiary of the Netherlands-based Kingfish Company, has notified residents of  a small area in Jonesport, Maine, of its intentions to build a land-based aquaculture facility in their neighbourhood.

The notice sent to residents and abutters of Kingfish Maine’s property at #9 Dun Gavin Rd., indicated that the company is submitting a Pollutant Discharge Elimination System Permit application to the Maine Department of Environment Protection within the next month, according to a report from the local news publication Mainbiz.

Jonesport is a lobster-fishing community of  about 1,400 residents. Most of the work in the area is seasonal. The prospect of year-round jobs from a facility like the one Kingfish  Maine is planning is welcome news to some people in the community.

“Our team has been actively engaged with Jonesport residents for the last 18 months, outlining  our plans and identifying any concerns residents and lobstermen may have,” Megan Sorby, the company’s operations manager, said in a release. “Two areas of interest we’ve discussed are the intake and discharge pipes as well as the temperature of the water we release back into Chandler Bay.”

Sorby said her company is confident its application addresses those concerns.

The Kingfish Company had already earlier purchased the property where its subsidiary intends to build a $100-million recirculating aquaculture system (RAS) facility.

The facility is projected to produce 6,000 to 8,000 metric tons annually of  yellowtail kingfish.

Kingfish Maine said it will discuss the permitting application at an online Zoom public meeting on July 21 at 6 p.m. at the Jonesport Fire Station.