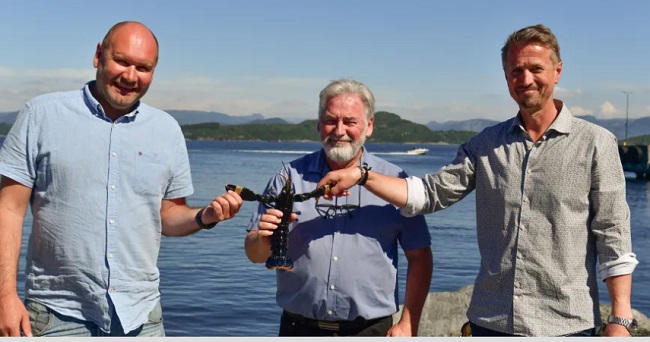 It’s another example of developing a circular economy platform for the aquaculture industry. Land-based lobster producer Norwegian Lobster Farm is partnering with a data centre company Green Mountain, to reuse the tech firm’s waste water for heating up a recirculating aquaculture system (RAS) facility for lobsters.

Norwegian Lobster Farm’s current RAS facility already uses advanced robotics, computer vision systems and automatic and continuous monitoring of each individual lobster. The plan adds another layer of sustainable practice which will help the company further reduce its carbon foot print, according to a press release from the company.

To grow optimally, the lobster needs a temperature of 20°C in the seawater.

Well it just happens that 20°C  is “exactly the temperature of the seawater”  that has been used to cool the IT equipment in Green Mountain’s data center. That water would have gone to waste after cooling the IT equipment. Now, there’s a plan to funnel the heated waste water directly to Norwegian Lobster Farm’s RAS facility.

“In practical terms, this means that we can scale up production, reduce technical risk, and save both CAPEX and OPEX. In addition to the environmental benefits, of course. “, said Asbjørn Drengstig chief executive officer of Norwegian Lobster Farm.

The company boasts of being the world’s first company to produce plate sized lobsters in a land-based fish farm. Norwegian Lobster Farm has spent several years on research and development and has secured EU funding through the Horizon 2020 Grant Agreement NO880911 and the EuroStars programs. Drengstig expects being able to start construction of the production facility in 2021.

Cooling a data center usually accounts for an additional 40-80 per cent of the electricity required to power the servers. At Green Mountain’s DC1-Stavanger, they use an innovative fjord cooling solution for this purpose. The seawater enters the facility with a temperature of 8°C and is released back into the fjord with a temperature of 20°C.

“For a long time, we have explored various methods to reuse the waste heat from our data center. Here at Rennesøy, which is sparsely populated, district heating is not a sensible alternative,” said Kristian Gyland, chief executive officer of Green Mountain. “This project, on the other hand, fits like a glove. We hope we can expand this and similar concepts to our future facilities as well.”