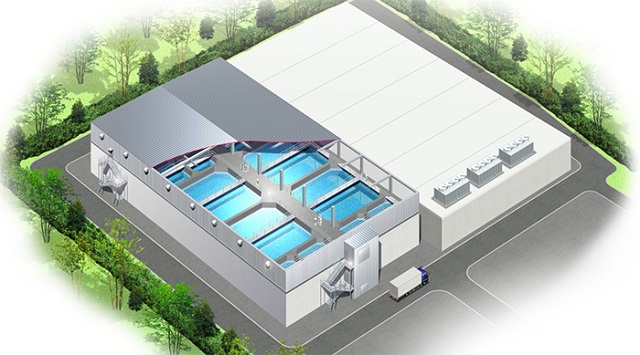 A shortage of ideal locations and stricter regulations have made operations and expansion more challenging for sea farmers. On the other hand, land-based aquaculture has begun attracting more investors in recent years because the method is considered to be more environmentally friendly, according to a recent report from Asian investment news outlet Nikkei Asian Review.

Traditionally, land-based fish farming in Japan was limited to small growers that confined themselves to specific regional specialities. However, in recent years, land-based aquaculture in the country started to take off.

Domestic taste for salmon is growing but increasing consumer preference for raw salmon in Asia, especially in China, is also fuelling demand.

The United Nations also notes that more businesses are aligning their operations with the UN’s sustainable development goals (SDG) and are going into land-based aquaculture.

The company is targeting an annual volume of 10,000 tons within the next three years.

Energy, machinery and textile conglomerate Mitsui & Co. which has a stake in a sea-based fish farm in Chile, bought RAS company FRD Japan in 2019.

FRD Japan produces salmon trout a popular species in Japanese restaurants and supermarkets. FRD Japan has plans to build a new RAS facility in China Prefecture by next year.

Digital switching and local area network company NEC Networks & System Integration  also  partnered with another fish farming company to build its own land-based aquaculture facility in 2019. The facility is being constructed in Yamanashi Prefecture, just west of Tokyo. The company plans its first harvest in 2022.