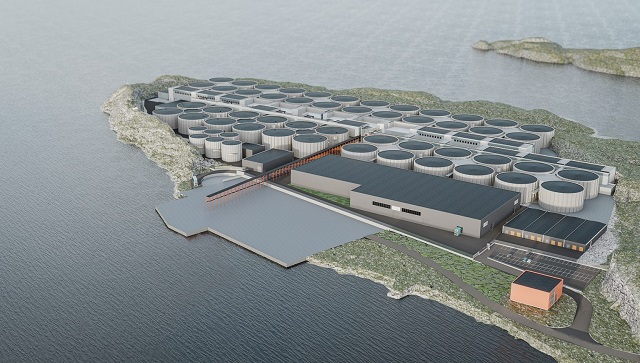 South Korean fishing giant Dongwon Industries has invested US$ 5.5 million in Norwegian firm Salmon Evolution in a bid to extend its reach into the land-based aquaculture industry.

The agreement will see the two companies work towards using Salmon Evolution’s technology in order to build a land-based fish farm in South Korea. The partners will also consider future opportunities for similar projects in Asia and North America, according to a press release from the companies.

“After assessing a number of projects for land-based fish farming enterprises, we concluded that Salmon Evolution represents the best investment and partnership opportunity in the sector,” said Kiyun Yun, Dongwon’s chief financial officer. “We believe that Salmon Evolution’s technology does the best job of recreating natural marine conditions while avoiding the many challenges faced by conventional fish farming in the sea.”

Dongwon is considered as one of the largest fishing companies in South Korea. It has also recently bought American tuna company, Starkist.

Earlier, the Dongwon Group had signed a memorandum of understanding with South Korea’s  National Fisheries Research and Development Institute for the development of the country’s fishery industry.

“Collaboration with a global player like Dongwon Industries will strengthen our commercial opportunities as well as giving us solid industrial support for scaling our concept in new markets,” said Håkon André Berg chief executive officer of Salmon Evolution.

He said that talks with the South Korean company had been going on for some time but complications stemming from the COVID-19 pandemic had “delayed the process.”
In May of this year, Salmon Evolution began the first of three phases of the firm’s massive fish farm project in Indre Harøy in Hustadvika, Norway, touted as one of Europe’s largest fish farms on land.
The first construction stage will provide the capacity to produce 9,000 tons of fish per year. Production will rise to 36,000 tons when the whole project is completed, according to a press release from the company.
This facility will be based on 65 percent reuse and 35 percent supply of filtered and temperature-controlled seawater, which will contribute to optimal operations and substantially reduce risk compared with other types of land-based aquaculture using virtually full water recirculation.
Print this page