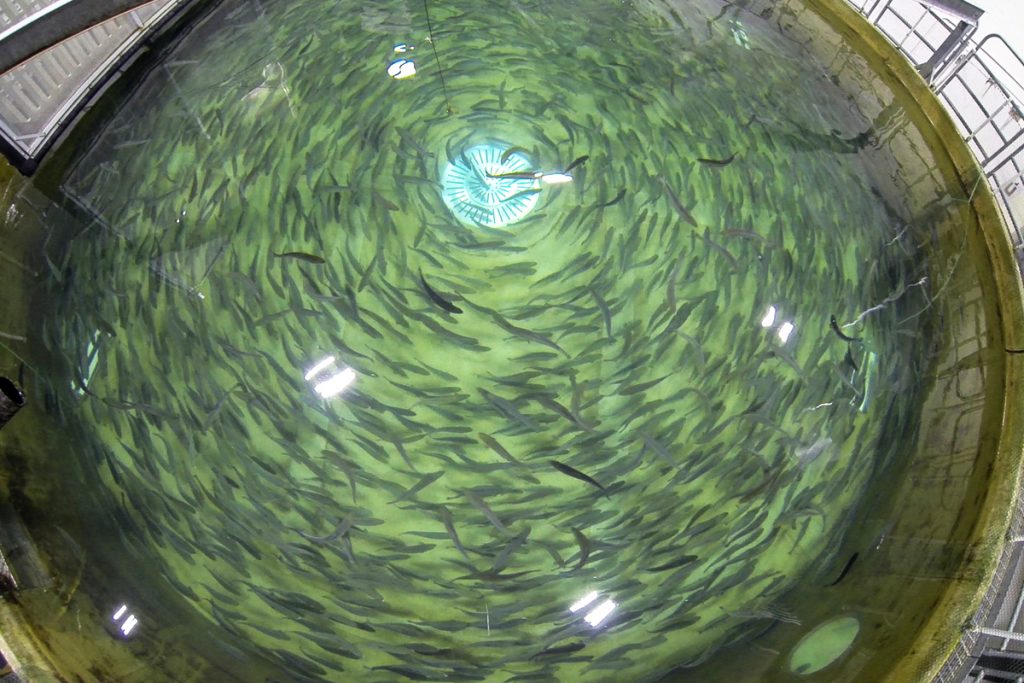 International research body  The Conservation Fund’s Freshwater Institute, is offering access to its research facilities, and a world-class team of scientists, engineers, and fish culturists to global feed producer Cargill, as part of a partnership aimed at creating a new feed product for Atlantic salmon grown in recirculating aquaculture system (RAS) environments.

Cargill and the Freshwater Institute announced the multi-year agreement to develop, evaluate and enhance feeds for the growing land-based aquaculture industry yesterday.

As part of the agreement, Cargill will provide its leading-edge diet development and aquaculture feeds to optimize fish performance.

The partners hope to further improve land-based aquaculture’s environmental and economic performance through feeds developed and tested specifically for RAS.

“Partnering with the Freshwater Institute has provided key access to capabilities but more importantly to renowned thought leaders in land-based aquaculture production and thus, important to the advancement of science in this strategic growth area,” said Dr. Marc Turano, nutrition and technology lead for Cargill Aqua Nutrition in North America.

Cargill and the Freshwater Institute have been working together since 2018.

This new agreement furthers their collaboraion through 2023 and beyond.