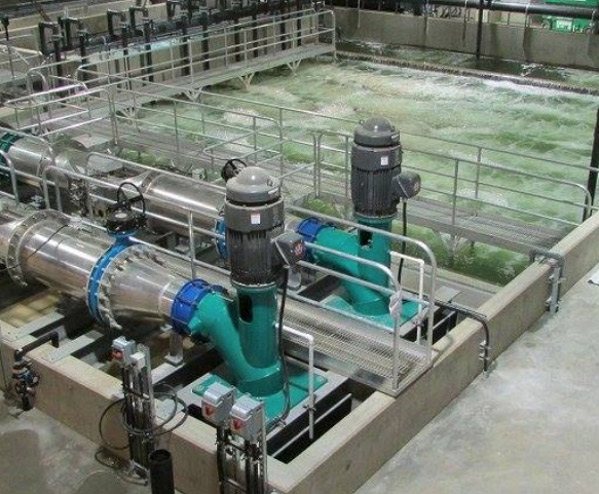 A long-awaited study by Canada’s Department of Fisheries and Oceans (DFO) indicates that the country’s recirculating aquaculture systems and hybrid farm technologies are ready for commercial development.

The 64-page report, titled State of Salmon Aquaculture Technologies 2019 was expected to be released some 12 months ago but it was only made public today.

“All four systems offer multiple improvements over today’s conventional net-pen production systems,” the study said. “…Land RAS and hybrid production technologies are ready for commercial development in BC while floating containment and offshore production systems need up to five years and 10 years respectively to evaluate their potential.”

The study also noted that several things need to be aligned in order to promote innovation in Canada and to position B.C.’s salmon aquaculture sector for growing global seafood export opportunities.

These included: national legislation and policy that will “clarify the requirements for aquaculture in terms of environmental and social performance and this will send the appropriate signals for investors to develop the technologies that meet the challenge.”

In October last year, shortly before the Liberal government of Justin Trudeau won its second term, the prime minister unveiled a controversial plan to replace British Columbia’s open net-pens with land-based salmon farms in the next six years.

The plan was opposed by many net-pen operators and said it was “unachievable.” The policy was labeled as “high irresponsible” by The Canadian Aquaculture Industry Alliance.

The study’s positive reference to hybrid technology could bode well for the net-pen industry.

Many salmon farmers in B.C. have been testing out hybrid systems. The method reduces the amount of time fish spend in open water.

BC Salmon farmers have already been exploring hybrid systems, which simply reduces the amount of time fish spends in the open water. And one small RAS system, Kuterra, has successfully operated as a proof-of-concept. Kuterra LP also has a RAS facility for salmon in Port McNeil, Vancouver.

Currently, about 98 per cent of global salmon production comes from open net-pen systems in sheltered and exposed in-shore environments (about 94 per cent of B.C. total).

Land-based RAS involves growing salmon in tanks on land in closed buildings to maintain an environment that is highly controlled and secure. The water intake is treated with an ultraviolet light or passed through special filters to prevent disease and contamination that could affect fish health. Upwards of 99 per cent of the water is re-circulated on each cycle through the system.

Some RAS systems produced up to 1,000 mt of salmon annually. Other systems being constructed have the potential to produce 3,000 mt or more.

The hybrid approach involves producing post-smolts weighing from 250g to 1kg. The land-based portion provides better growing conditions and reduces early growth phase risks at sea. The shortened grow-out period reduces some environmental risks at marine sites and avoids the most costly portion of land-based systems in the grow-out phase, according to the report.

Current hybrid technology development is focused on finding the appropriate size of post-smolts for transfer to sea as a number of factors are considered in order to optimize the use of the land and marine production systems, the report said.

Challenges with hybrid systems include: