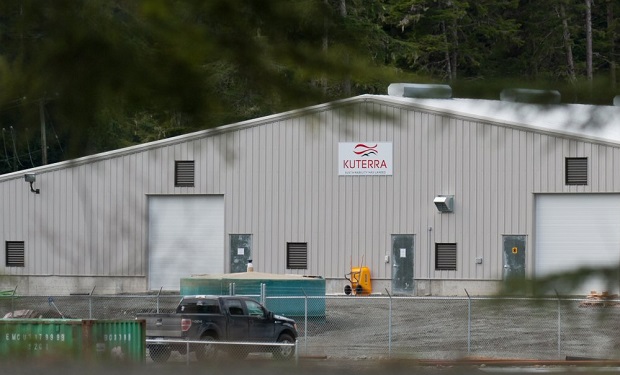 Kuterra LP, which has a fish farm in Port McNeil, Vancouver, is considered to be the longest-running commercial producer of Atlantic salmon using land-based systems in North America. The facility is owned by the ‘Namgis First Nation.

Emergent, which owns recirculating aquaculture system producer Whole Ocean intends to use the expertise gained by Kuterra to boost the American company’s expansion of its land-based aquaculture operations in the U.S. East Coast. Emergent has been developing a state-of-the-art RAS facility in Bucksport, Maine.

Back in June, Emergent Holdings and Kuterra have agreed on an offer that could give the US investor a majority stake in the British Columbia-based aquaculture pioneer. Emergent said the deal gave it an 88 per cent stake in Kuterra.

However, a month later the ‘Namgis First Nation rejected the agreement after a vote by its members. It appeared that a provision giving Emergent a 75-year lease on the community-owned land was the sticking point. Under ‘Namgis law any leasehold agreement over 49 years requires approval by referendum.

The deal announced last Friday now provides for a much shorter lease. The two companies have been sharing resources for several months now.

As much as $10 million in government money philanthropic funds went into the development of Kuterra.  The facility was built to further the plans of the ‘Namgis First Nation to develop next-generation Atlantic salmon aquaculture on land.