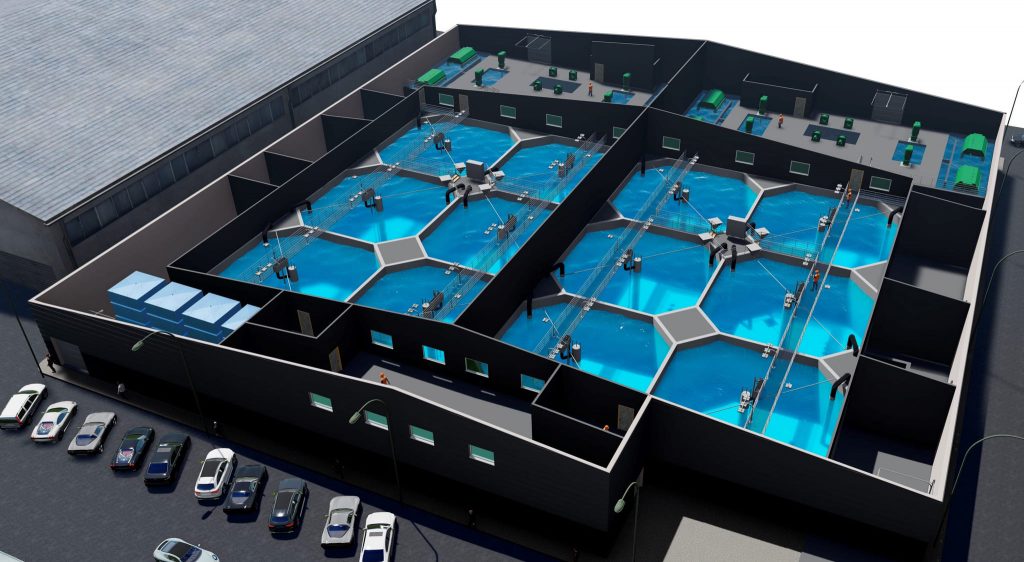 Arctic Fish’s subsidiary, Arctic Smolt, located in Iceland’s Westfjords, has entered into two separate agreements to pursue the expansion of its smolt facility at Nordur Botn in Tálknafjördur, Iceland. The project will have an estimated cost of €24 million (approx. CAD $35.7 million), making it one of the largest private investment projects in the Westfjords.

One contract is with Eykt, an Icelandic construction company which will design and construct the buildings, and another contract with Eyvi, an international supplier of recirculating aquaculture system (RAS) turnkey facilities. As an international supplier of RAS facilities, Eyvi will design, deliver, and install a comprehensive solution including a RAS, piping, auxiliary systems for production. A backup power station is also included in the expansion plans.

In total, the facility will feature 4,200 square metres of new floorspace, with a total of approx. 7,200 cubic metres of tank space to be added to the existing 10,000 square metres and 6,300 cubic metres of tanks. Once the expansion has been completed, the facility’s annual breeding capacity will increase to 1,000 tons of smolt (equivalent to five million 200-gram smolts). From there, it will be possible for the farm to increase to approx. 25,000 tons of salmon.

The project will start-up shortly after the building permit has been granted, and has an estimated construction phase of about two years. Approx. 40 to 50 people will be involved in the project during construction.

Arctic Fish currently employs a staff of about 70 people with about 10,000 tons of salmon in the sea spread over three fjords. It is estimated that about 12,000 tons will be harvested this year.

“We are growing rapidly as a company and aim to harvest about 24,000 tons within three years. In order to realize this growth and achieve a greater focus on larger smolt, which spend less time at sea, we want to undertake this expansion,” said Stein Ove Tveiten, CEO of Arctic Fish. “We are confident that the people we have partnered with share our objective of building a state-of-the-art grow out facility, which will provide a foundation for robust aquaculture operations.”