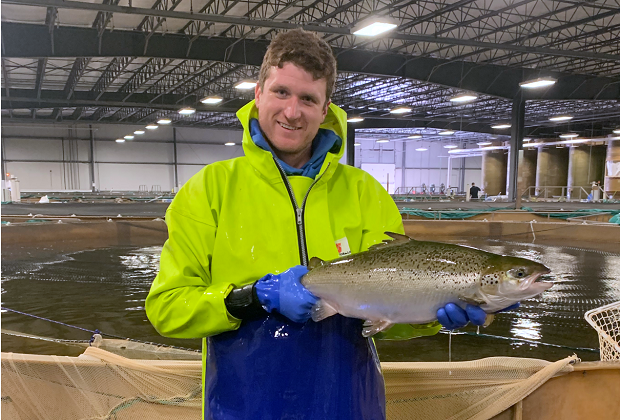 Land-based aquaculture company, AquaBounty expects to raise approximately $56.7 million with a new public offering of 8,720,000 shares of common stocks of the company.

AquaBounty, which in November announced on-going negotiations for the potential location of a large-scale farm to raise its proprietary genetically modified salmon in Mayfield, Kentucky, said it intends to use the money for general corporate purposes, including for the purchase of land.

The  proposed Kentucky facility, which is expected to have an annual production capacity of 10,000 metric tons, will be the third RAS farm producing the company’s AquAdvantage salmon in North America.

The proceeds of the offering will also be used to pay costs associated with the construction or site development for a new production farm, investing further in sales and marketing, research and development efforts, and payment of anticipated general and administrative expenses, the company said.

AquaBounty has granted the underwriters of the offering a 30-day option to purchase up to 1,308,000 additional shares of common stocks at the public offering price, less underwriting discounts and commissions, according to a press release.

The offering is expected to close on or about Dec. 14 subject to customary closing conditions.