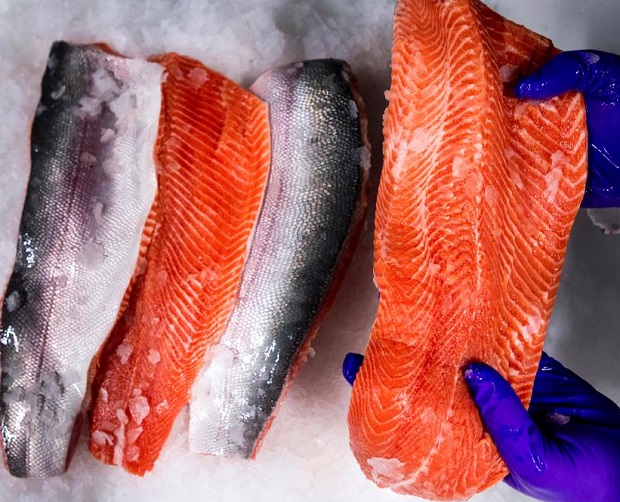 The head of a land-based aquaculture facility in Hudson, New York has high hopes that locally, and humanely grown steelhead trout will become a popular alternative to salmon in the North American market and help stem the tide environmental damage caused by non-sustainable aquaculture practices.

“Our goal is to protect wild populations and the environment through a state of the art land-based biosecure RAS,” according to Hudson Valley Fisheries (HVF). “We’re pairing expert husbandry with groundbreaking technology to provide the best growing environment for our steelhead from egg to harvest.”

The facility is now the largest land-based commercial-scale steelhead farm in North America, according to arts and culture media site, Chronogram.

John Ng, the owner of HVF, said his recirculating aquaculture system (RAS) facility supplies anywhere from 15,000 to 20,000 pounds of steelhead to restaurants and groceries in New York City, Philadelphia, Washington, DC, and Boston.

The company sells the fish headed and gutted, and fillet portions from. The product retails from $15 to $19 per pound.

HVF claims its New York Steelhead trout is “a more sustainable, and more delicious option to salmon.” Their fish are raised without the use of hormones, antibiotics, or vaccines. The fish are also 100 per cent traceable.

The steelhead trout is fast becoming a popular alternative to salmon, according to HVF because of its outstanding taste, color, texture, and versatility. Steelhead is also loaded with omega-3 fatty acids.

The company’s steelhead is fed a responsibly-sourced, GMO-free and balanced diet of natural anti-oxidants, proteins, and lipids.

HVF’s RAS facility has a small carbon footprint thanks to the use of low head biofilters, automated feed systems, and ambient and in-tank temperature controls.