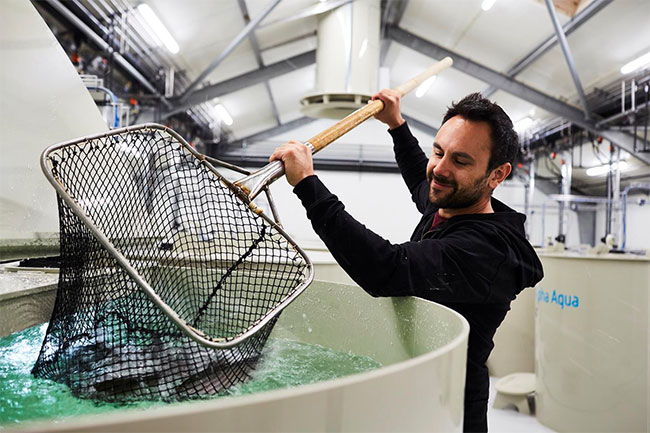 Global feed company BioMar has signed a letter of intent to supply feed for a massive land-based fish farm that Quality Salmon AB aims to build in Sotenäs, Sweden.

The farm, which is expected to begin operations in 2022, will use a recirculating aquaculture system (RAS). The facility is expected to produce 100,000 tons of salmon per year.

Construction of the facility was financed by Lighthouse Finance, which owns Quality Salmon.

“Investing 17-20 BSEK (billion Swedish kronor) in the industrial park and aiming for a future production of 100,000 tons salmon per year demonstrates our level of ambition pretty clearly,” Roy W. Høiås, chief executive office of Lighthouse Finance A/S, said in a press release. “That is why we have chosen to partner with BioMar, as we share a mutual vision that sustainability and innovation are the key drivers for success”