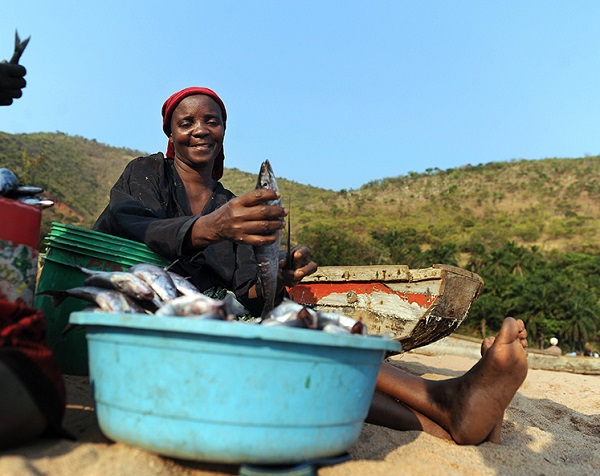 The aquaculture sector in the United Republic of Tanzania has a “vast an untapped potential” according to the Food and Agriculture Organization (FAO) of the United Nations. When it comes to getting a lock on the action, women and young people dominate the field.

“The gender ratio is 70 females: 30 males,” according to a report from the FAO. “Youths play an important role in aquaculture in pond construction, management and distribution of fish.”

For instance, at 27, Jerry Mang’ena is known as the founder Aqua-Farms Hatcheries. Aqua-Farms is a youth-led tilapia hatchery.

Mang’ena  and friends Cretus Mtonga and Mbonea Assery, raised TZS 3 million (U$1,293) to fund the company, according to AllAfrica.com. They now produce two million fingerlings a year. This cuts the demand for tilapia seeds by 7 percent. The business supplies customers in Dar es Salaam and Coast regions.

The Tanzanian aquaculture industry is largely made up of small-scale, freshwater farms. The FAO estimates  a total of 14 100 freshwater fishponds scattered across the mainland. In addition, there is a large rainbow trout  farm with an area of 25 m x 25 m situated in the city of Arusha.

Small fish ponds of an average size of 10 m x 15 m (150 m2 ) are integrated with other agricultural activities such as gardening and animal and bird production on small pieces of land.

The farmers in both marine and freshwater systems have low levels of education, having rarely gone beyond primary school.  The total number of people involved in the aquaculture sub-sector is about 17,100, with 14,100 involved in freshwater fish farming and about 3,000 in seaweed farming.

Aquaculture plays a major role in poverty reduction in the region according to the FAO.