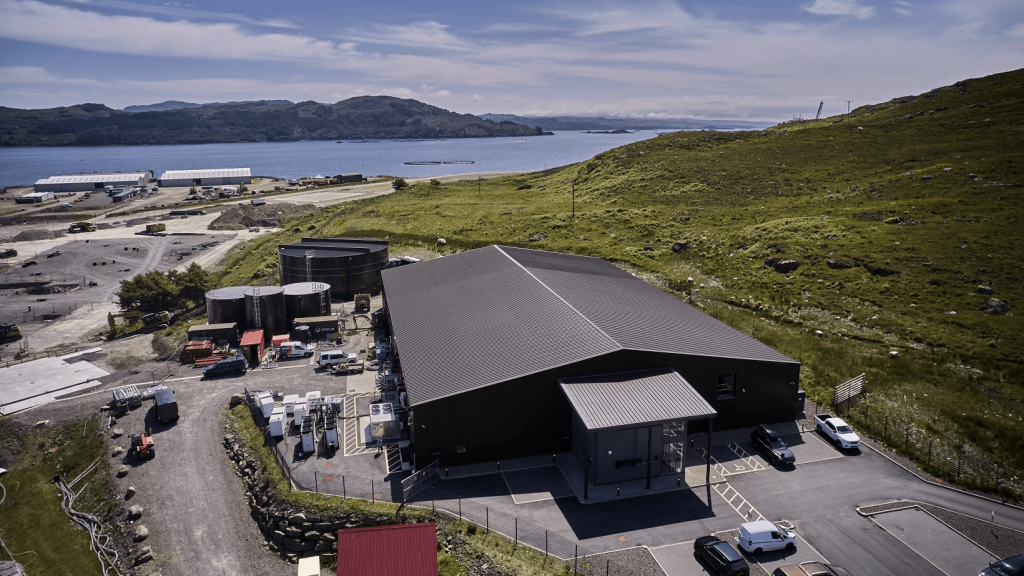 A four-year aquaculture research and development (R&D) project to be carried out and led by The Scottish Salmon Company’s (SSC’s) Applecross site in the northwest highlands, has been awarded up to GBP £5 million (about USD $6.6 million) in public sector funding.

The R&D project, which is part of a long-term commitment by SSC’s parent company, Bakkafrost Group, will focus on post-smolt innovation and will create around 30 rural jobs, and is projected to significantly advance salmon farming in Scotland. GBP £3 million of the investment was approved by Highlands and Islands Enterprise (HIE), while the remaining GBP £2 million was confirmed by Marine Scotland.

The project’s central goal is to increase smolt sizes from around 100g to 500g in an ecologically sustainable manner using recirculating aquaculture system (RAS) technology, and will include innovative husbandry, and enhancing smolt testing and vaccination methods to improve fish welfare, while increasing production. The Applecross facility’s RAS is projected to be fully operational by 2023, and will look to plan for two additional RAS facilities in the future.

Greater control of the freshwater rearing environment allows the length of time smolts spend in the freshwater phase of production to be increased. The marine phase, where the fish are most at risk to environmental and biological challenges, such as predation and disease, will be shortened. This will reduce biological risk and enable greater productivity and quality.

“This new post-smolt technology will be a game changer and we are delighted to have the substantial support of both Highlands and Islands Enterprise and Marine Scotland to allow these innovative plans to be developed in Scotland. Their investment and support will help create jobs in the rural economy,” commented Ian Laister, managing director at SSC. ” Our investment in recirculating aquaculture system (RAS) is part of our commitment to become the leading and most sustainable salmon producer in Scotland.”