The Kingfish Company announced it has appointed a new chief financial officer to replace the company’s CFO who has transferred to another land-based aquaculture firm. 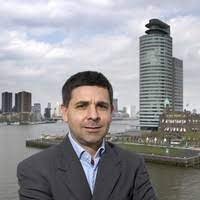 Du Pleiss is taking a chief executive officer role at Matorka, a land-based aquaculture company based in Grindavik, Iceland.

Valette also worked as finance and integration manager for Friesland Campina China, a food company based in Shanghai.

Prior to that, he was group controller for Provimi, an animal feed company that has been acquired by Cargill.

The Kingfish Company recently obtained a  €75-million bilateral loan which the company will use to finance its build-out in the Netherlands and bring the annual production of the land-based producer of yellowtail to 3,500 tons.

A strong demand in both Europe and the United States for high-value Dutch yellowtail helped The Kingfish Company doubled its sales in 2021 from the previous year.