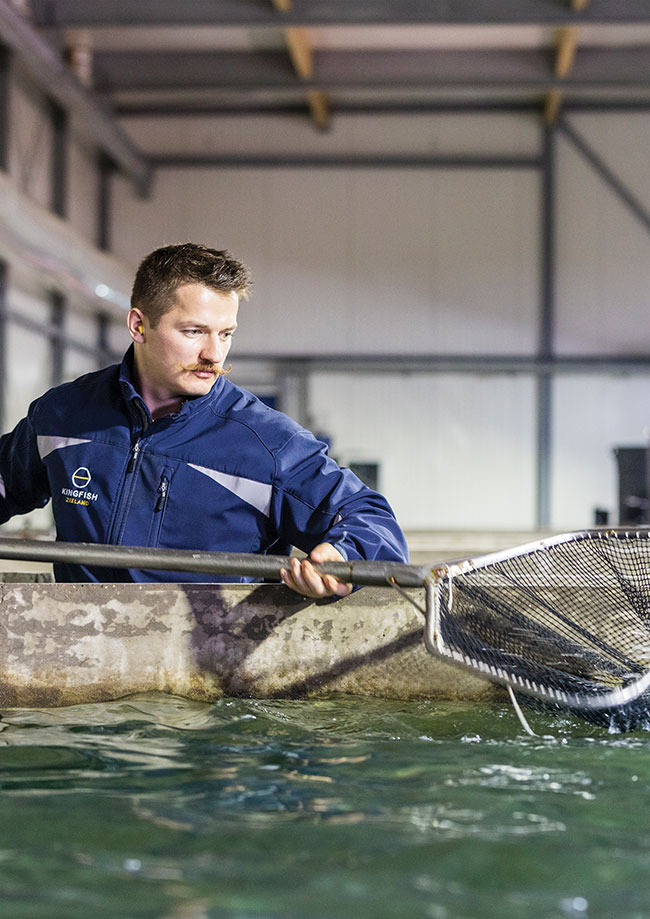 A strong demand in both Europe and the United States for high-value Dutch yellowtail helped The Kingfish Company doubled its sales in 2021 from the previous year.

The land-based fish producer also said it continues to be well on track with the expansion of its facilities in Europe.

“We are proud of our team which has delivered four years of successful and continuous system operations,” said Ohad Maiman, CEO of The Kingfish Company. “In 2021 we doubled sales of whole fish equivalents (WFE) to 902 tons, compared with 467 tons in 2020. At the same time, the average sales price achieved increased by 6.5 per cent to EU€11.5 (US$13.5)/WFE kg in 2021.”

While the Q4 sales for 2020 grew 159 per cent in revenue to EU€3.8 million (USD$4.3 million) and 144 per cent in whole fish equivalent (WFE) tonnage to 335 tons, the company’s food service and hotel businesses were negatively impacted by stricter corona measures.

The company has also upgrades its system capacity for its project in Europe. The company now aims to produce 2,000 tons per year, up from the previous target of 1,750 tons.

This will bring the total installed capacity in the Netherlands to 3,500 tons per year once the project is completed.