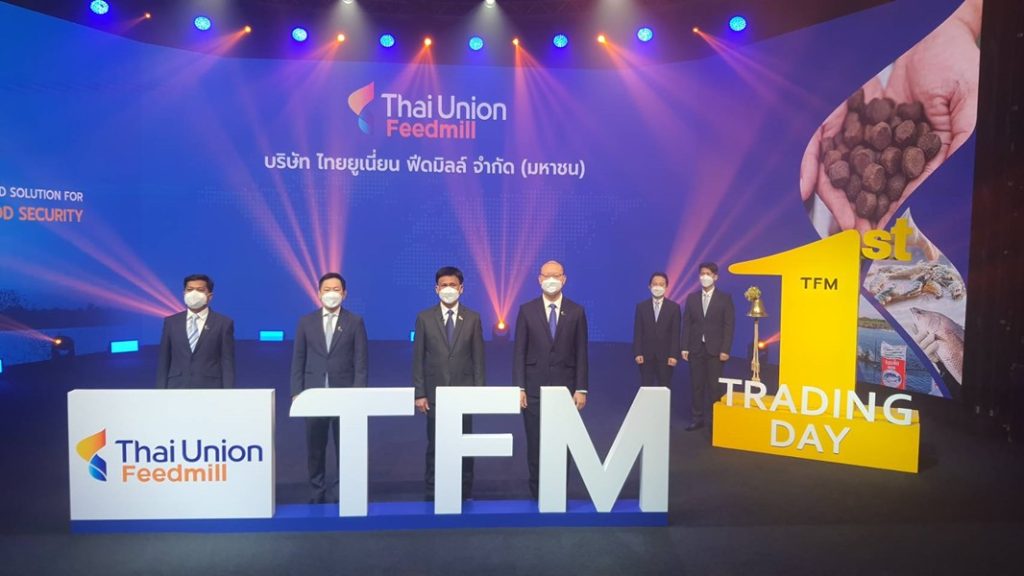 Following its recent stock market debut, Thai Union Feedmill PCL, has expressed confidence in its plans to expand its reach into the overseas aquaculture feed market.

The Asian fish and animal feed manufacturer has been making aquaculture, frog, and livestock feed for more than 20 years. It will rely on joint agreements and cooperative ventures with trading partners to push its agenda, according to a company press release.

Earlier, this week, Thai Union Feedmill was listed with the Stock Exchange of Thailand (SET). The company began trading under the symbol TFM.

Bunluesak Sorajjakit, chief executive officer of TFM, said he is confident that the initial public offering will attract widespread interest among investor.

Starting this year until 2023, TFM will use the proceeds from the sale of share in the following activities:

TFM has an agreement of technical cooperation with Avanti Feeds Limited, India’s major shrimp feed producer. The agreement allows the Indian firm to use TFM’s trade name and feed formulae to produce and sell shrimp feed in India.