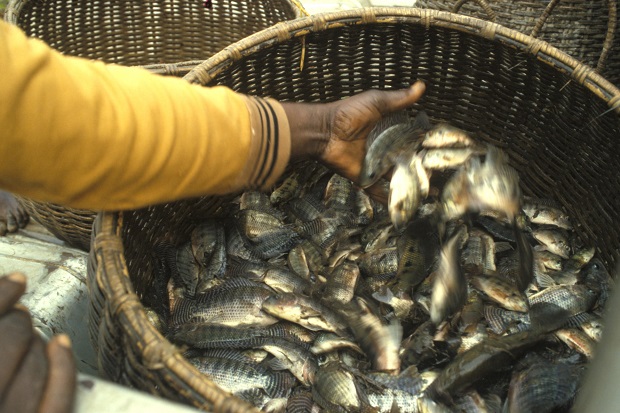 Researchers  have found that a microalgal based diet blended with defatted biomass improved fish growth and offered a cost-effective alternative feed for tilapia growers.

The fish feed industry has been weaning itself away from using fishmeal and fish out. Feed producers have been turning to grains and oilseed crops such as canola, corn and soy.

The problem with this is that plant-based ingredients have low-digestibility issues and contain less essential amino acids. They also lack eicosapentaenoic acid (EPA) and docosahexaenoic acid (DHA) which are important for growth.

“Our results provide a framework for the development of fish-free feeds and the first evidence of a high performing feed for tilapia that combines two different marine microalgae,” the study concluded. “Advancing the use of microalgal defatted biomass in aqua feeds would improve the sustainability of aquaculture by reducing its reliance on FM extracted from forage fisheries. Combining underutilized defatted biomass protein with DHA-rich marine microalgae in the fish-free feed resulted in better tilapia growth compared with fish fed a conventional diet containing fish meal and fish oil (FMFO).”