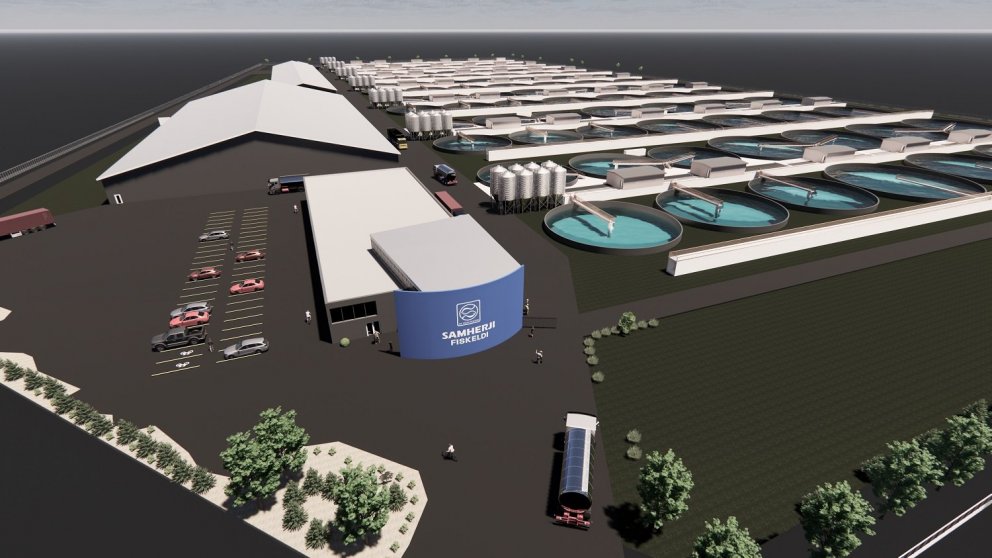 Icelandic aquaculture leader Samherji Fish Farming has closed the first phase of its funding for a land-based salmon farm project in Öxarfjördur, in Northeast Iceland, with a recent share capital increase of US$26 million.

Part of the proceeds of the share capital increase will be used build a pilot project for land-based salmon farming in Öxarfjördur, in Northeast Iceland. Another portion of the money will be allocated for the design and construction a 40,000-tonne salmon farm in the Reykjanes Peninsula. The Öxarfjördur facility currently produces 1,500 tons of salmon annually, but production will increase to 3,000 tonnes when the pilot project is completed.

The facility planned by Samherji hf. and its partner geothermal and electricity company, HS Orka, will have a projected production of 40,000 tons of salmon annually.

The facility will be built in the Resource Park near the Reykjanes Power Plant, in the southwestern tip of Iceland. The $371.3 million project will consist of a hatchery, an on-growing farm, a processing house, and service buildings.

“The expansion that has begun at Samherji Fish Farming marks a certain milestone, as this is the largest investment project that Samherji and affiliated companies have embarked on in Samherji’s 39-year history,” says Thorsteinn Már Baldvinsson, CEO of Samherji.