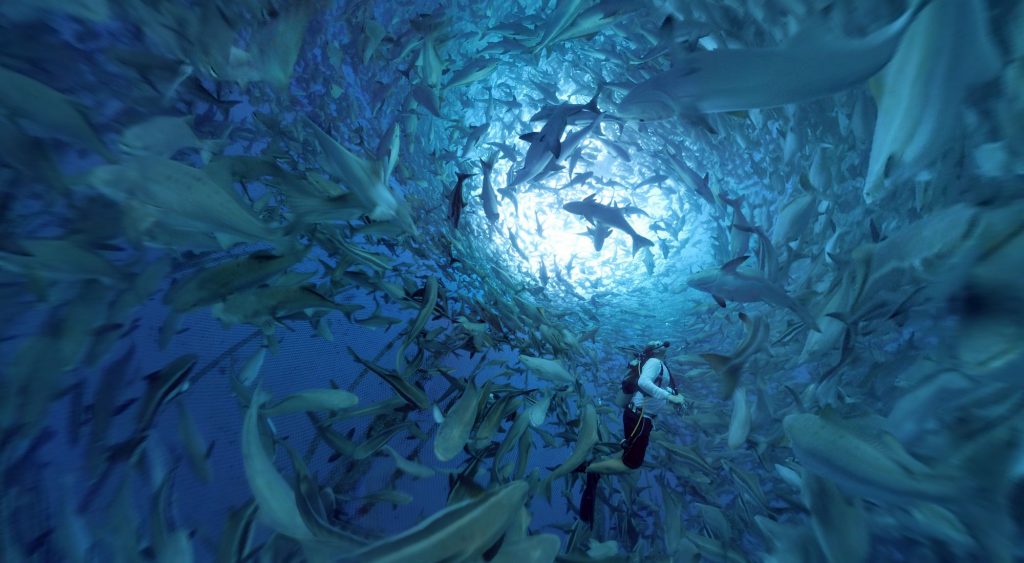 Hybrid farming, a combination of land-based and net pens, to grow fish is being touted as an ideal setup, at least according to the BC Salmon Farmers Association

There’s a growing realization of the potentials of land-based aquaculture but it appears investors are still hesitant to dive in, according to a recent study.

Farmed seafood is becoming a vital source of animal protein, according to the Nature Conservancy and Encourage Capital report. This means that emerging technologies such as recirculating aquaculture systems and hybrid land-based/open seas farms will require impact investors before more cautious fund sources step in. However, while aquaculture has grown to become a $244 billion industry, an additional $150 billion to $300 billion will be needed to be pumped into the industry in order for it to meet projected demands by 2030.

“While private investors of all types express growing interest in the aquaculture sector, many tend to shy away from capital-intensive investments such as RAS and offshore aquaculture, especially for technologies that are unproven at scale and for first-time businesses implementing those technologies,” the report said.

“A legacy of failed projects, high capital requirements, a lack of experienced operators and unproven economics at scale has left many investors and industry players skeptical until recently,” the report said. “Our view is that the sector will remain risky in the short term, but not prohibitively so in all cases.”

A system wherein salmon are raised to fry stage in land-based RAS facilities before being introduced to open-net pens could be ideal for use in B.C., according to John Paul Fraser, executive director of BC Salmon Farmers Association, the Business in Vancouver reported.

He believes there is potential in hybrid systems that reduce the amount of time salmon spend in open-net pens.

“We are getting extremely good at RAS, and at other technologies to raise fish in a land environment,” he said. “And the best way for it to happen is for companies to remain active and profitable and growing so that those revenues can be generated and targeted towards new and different kinds of aquaculture.”