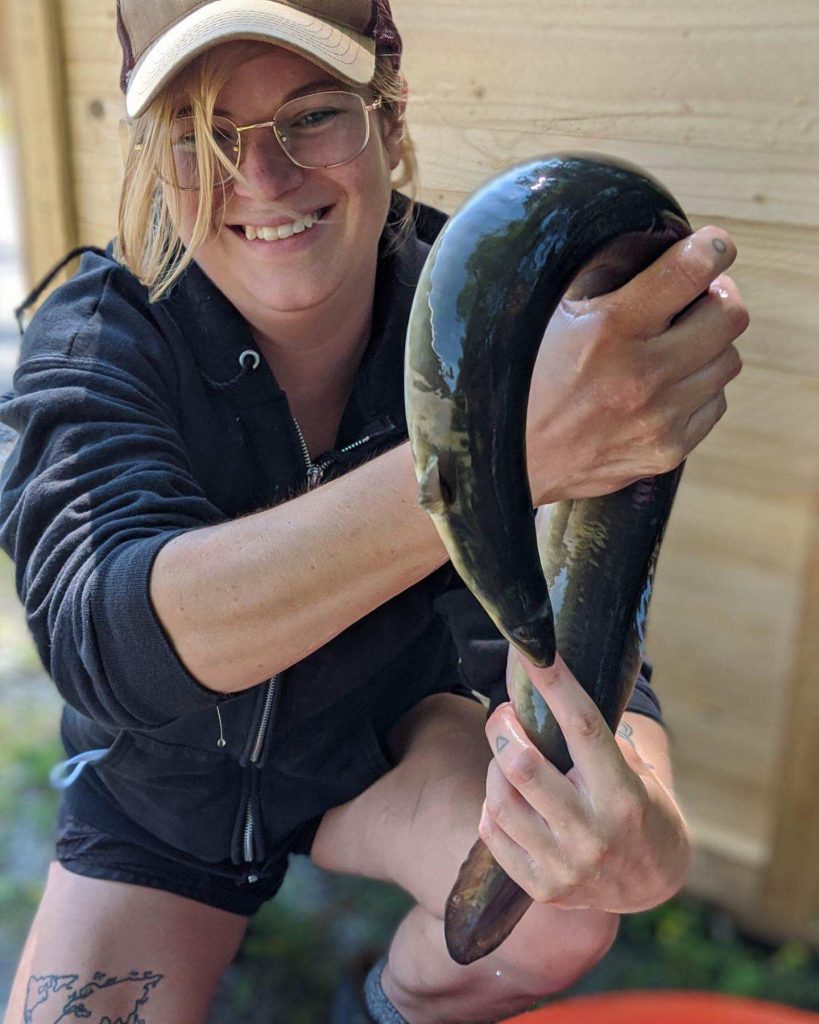 A company which recently opened a land-based facility for raising eels in Maine is hoping to grow the United States market for the slithering ray-finned fish.

Currently associated with Asian cuisine eel also happens to be species of conservation concern and there are questions on whether wild harvest of eels is sustainable. However, Sara Rademaker, founder and president of American Unagi, says the specie her company is raising is considered by the Monterey Seafood Watch as a “good alternative” to other eels.

The company broke ground last week at Waldoboro, Maine, a town which had a reputation as a shipbuilding a port facility.

According to Rademaker, American Unagi’s 27,000 s/f facility has the capacity to produce produce 500,000 pounds of eel per year. This would account for five percent of the current U.S. market.

Traditionally, Maine’s glass eels would be exported to Asia to be grown, according to the company. Years later, eels are imported back to the U.S.

American Unagi eels are sourced from Maine’s well-managed fishery and raised in land-based aquaculture systems. The eels are fed a diet without the use of hormones or antibiotics.