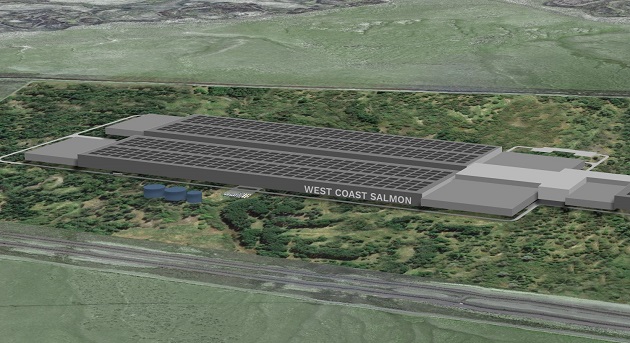 A recirculating aquaculture system expert from Norway’s AKVA Group is taking on a new role at West Coast Salmon AS.

The land-based salmon producer announced on Monday that Morten Nielsen has been appointed the company’s new chief operating officer (COO).

Norway-based West Coast Salmon (WCS) plans to build and operate an industrial-scale, land-based fish farm outside Reno, Nevada. The first phase of the operation is intended to have an annual production capacity of 12,600 tons.

WCS hopes Nielsen will help the company achieve its goals in the U.S. west coast.

Nielsen holds a masters of science in biotechnology and aquaculture engineering.

Through Aquatech Solution DK, Morten was previously in charge of designing and developing land-based smolt facilities for various clients. When the company was sold to AKVA Group in 2015, Morten continued to manage the company’s land-based activities.

“This is a very important milestone for West Coast Salmon,” said Henrik Krefting, CEO of WCS. He said Nielsen brings “a unique land-based aquaculture expertise and project execution management experience as well as a combination of entrepreneurial and corporate approach.”

Morten will formally take the post of COO at WCS in March  2021.