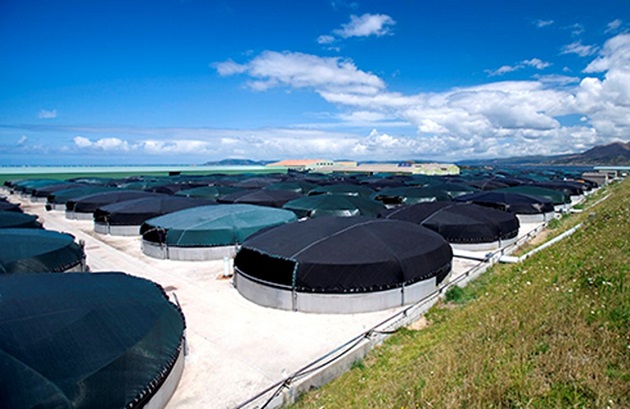 “In total, Stolt Sea Farms has an annual production capacity of 5,700 tonnes of turbot, 850 tonnes of sole, 500 tonnes of sturgeon and 10 tonnes of caviar,” according to the 2019 annual report from the company. “…In 2019, we reached a notable milestone in the French market by securing a value-added range of products for several major retailers. Our ready-to-cook turbot is key to diversifying both our product range and geographical reach, as well as attracting new customers.”

The 2019 full-year revenue of the company was $105.6 million, compared to $98.5 million in 2018. Operating profit was $0.9 million down from $13 million the previous year, “due to the significant negative swing in the fair value accounting for inventory.”

Stold Sea Farm (SSF) is a subsidiary of the Norway-based Stolt-Neilsen. SSF is a pioneer in the aquaculture of  premium species.

Sales of turbot increased by 13 per cent, a record for SSF. The company now exports 60 per cent of its production outside of Spain to more than 30 countries.

The company operates 15 farms in total. Seven in Spain and one each in Iceland, France, Portugal and Norway produce Prodemar brand turbot and sole. Four farms in the United States produce sturgeon
and caviar.

“2020 is expected to be a year of increased production for SSF,” the company said. “The first of our two new recirculation farms, located in Spain, is now stocked with juveniles, with the first product expected in early 2021.”

SSF plans to start operations at its second farm in Portugal towards the middle of the year. The construction of a new sole packing plant in Spain will begin in 2020 and is expected to be operational in 2021.

The company also expects the operational improvements made at its Hafnir site in Iceland during 2019 to take effect during 2020.