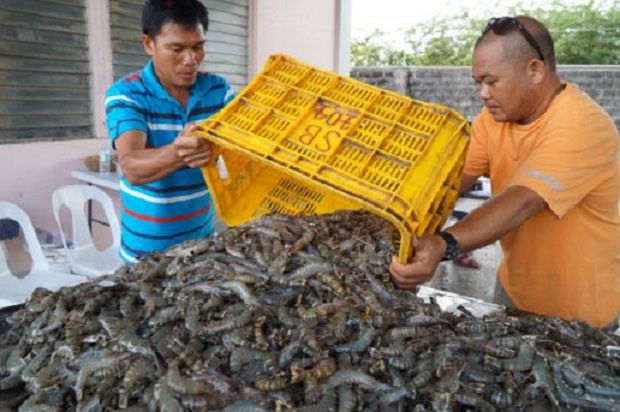 Plans are afoot to revive the Philippine’s once thriving prawn industry. Local aquaculture authorities are looking into the possibility of using a recirculating shrimp aquaculture system, which would help farmers avoid bacterial outbreaks that devastated numerous shrimp breeding facilities in the past.

The Aquaculture Department (AQD) of the Southeast Asian Fisheries Development Center (SEAFDEC) based in Tigbauan, Iloilo, recently announced that it intends to bring back the country’s Tiger prawn (Penaeus monodon) industry. The initiative is being called Oplan Balik Sugpo (Operation Plan Bring Back the Prawn).

In the 1980s, the prawn farming was a multi-million dollar industry in the Philippines with exports mainly to Japan. It was back in 1978 that AQD began training would-be aquaculture technicians for both prawn hatchery and grow-out. Hatchery-reared fry was first stocked in ponds in 1979.

The sector became so hot that even wealthy sugarcane growers in the province of Negros converted their plantations into intensive prawn ponds. Prawn operators  also mushroomed along the coastal areas in Iloilo.

In 1986, however, there was a breakout of  soft shell syndrome. In addition, a deleterious luminous bacteria devastated shrimp grow-out culture in the 1990s.

In both cases AQD moved to stop the spread of the disease and develop appropriate protocols. But the industry hit the doldrums.

Now the AQD is looking into environment-friendly methods for growing Tiger shrimp used in Myanmar, Malaysia, Cambodia and Vietnam

“The technology was best described as low-discharge system, closed-recirculating shrimp farming and/or mangrove-friendly shrimp farming,” according to SEAFDEC.