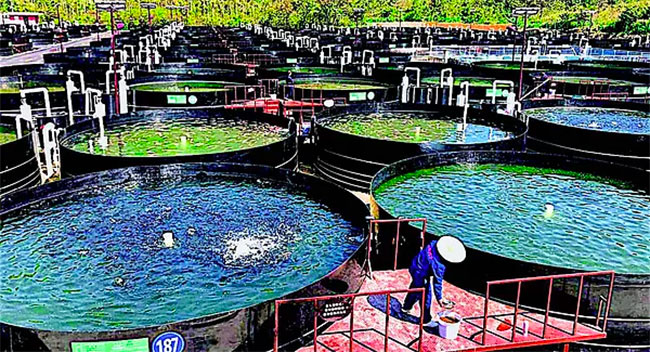 Nocera, Inc. a provider of aquaculture equipment, has signed an agreement to build and install 6,500 recirculating aquaculture system (RAS) tanks for a land-based fish farm facility in the township of Ru Hu in China’s Guang Dong province.

Ru Hu is a township with a population of 52,000. It is approximately two hours northwest from Hong Kong and Shenzhen.  Guang Dong province is a coastal province located in southeastern China. The province borders Hong Kong and Macau.

Nocera’s contract with Procare International Co., Ltd. is expected to begin late in the first quarter of 2020 and will extend over three years.

Nocera designs, builds and installs, equipment for the fish farming industry. The company also provides technical assistance to the operators of the equipment. The company’s land-based RAS can be used for saltwater and freshwater species.

The Hong Kong-based Procare is a company involved in the sales and production of audio speakers and related parts for Walmart, Radio Shack, and Amazon, as well as other companies.

“After seeing our demonstration site in China and the demand for freshwater fish, the president of Procare,  Ms. Lee Chin Chu signed a master contract with Ru Hu township to invest and build a fish farm containing 6,500 tanks over the next three years,” a press release from Nocera said.

“We are very pleased with the contract agreement,” said Yin-Chieh “Jeff” Cheng, chief executive officer of Nocera. “The president of Procare, Ms. Lee Chin Chu believes this investment is a step in the right direction for addressing China’s food supply requirements through the development of sustainable fish farms utilizing RAS tank systems.”

China introduced its new clean water policy in 2017, resulting in the removal of all fish farms in public waters, including lakes and rivers.  As a result, Chinese fish farm operators have been forced to move to tank based fish farms in order to sustain production., Cheng said.