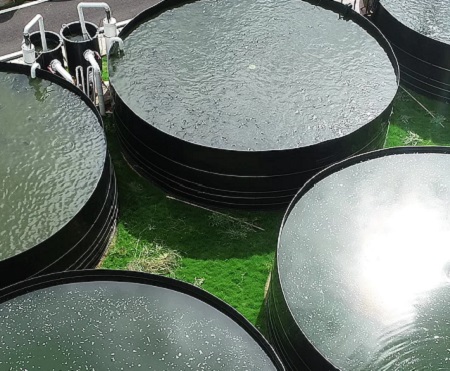 The tanks being built for Dongguan CIMC Intelligent Technology Co., Ltd., will be installed in the landlocked city of Kaili, in the southwestern Chinese province of Guizhou, according to a press release from Nocera. The deal is valued at around US$5.7 million.

“This is a substantial movement in the right direction and continues our production and delivery of RAS tank systems to Chinese fish farms,” said Yin-Chieh “Jeff“ Cheng, chief executive officer of Nocera.

China introduced its new clean water policy in 2017. This resulted in the removal of all fish farms in public waters, including lakes and rivers.  As a result, Chinese fish farm operators have been forced to move to tank based fish farms in order to sustain production, according to Cheng.

In 2018, Nocera produced and delivered 473 tank systems to its Chinese customers.  “We expect that the long term demand over the next several years in China to be more than 10,000 systems, and more than 16,000 systems worldwide,” Cheng added.

The city of Kaili is the center of Miao culture. The city hosts more than 120 festivals every year. Guizhou’s population is approximately 35 million.

Nocera operates primarily operates through its subsidiary Grand Smooth Inc. The company’s RAS technology can be used for saltwater and freshwater species.