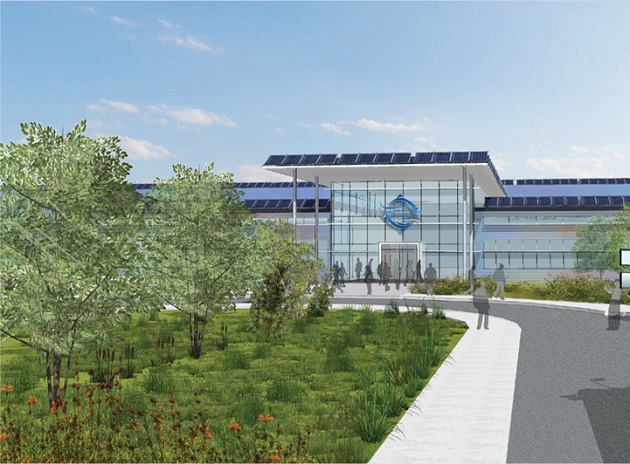 The walleye (sander vitreus) is a highly prized freshwater sports fish in North America. The white-meat fish also enjoys a reputation as an outstanding food fish. Now, an aquaculture start-up based in Minnesota plans to develop a “sustainable, highly intensive” production of the species using recirculating aquaculture system (RAS) technology.

Clarence Bischoff, founder and chief executive officer of Blue Water Farms as well as founder and president of the Minnesota Aquaculture Association, said the company intends to build the RAS facility in Red Wing, Minn.

“The immediate mission of Blue Water Farms is to develop a sustainable, intensive system for production of walleye for the food market that is flavorful, nutritious, and affordable,” according to the company. “The satellite sites will also include the production of plant products using a decoupled aquaponics system.” The planned facility will also include a hatchery, and processing site.

“Since we are introducing walleye to the seafood market from a RAS, we need to have a hatchery, and from the hatchery, the fish go to the growth facilities,” said in an interview with the Brainerd Dispatch.

In December last year, the Minnesota Department of Employment and Economic Development (DEED) released US$746, 295 in award money to help local startups grow, according to Kevin McKinnon, deputy commissioner of economic development for DEED.

Among the recipients was Blue Water Farms which received $31,500.