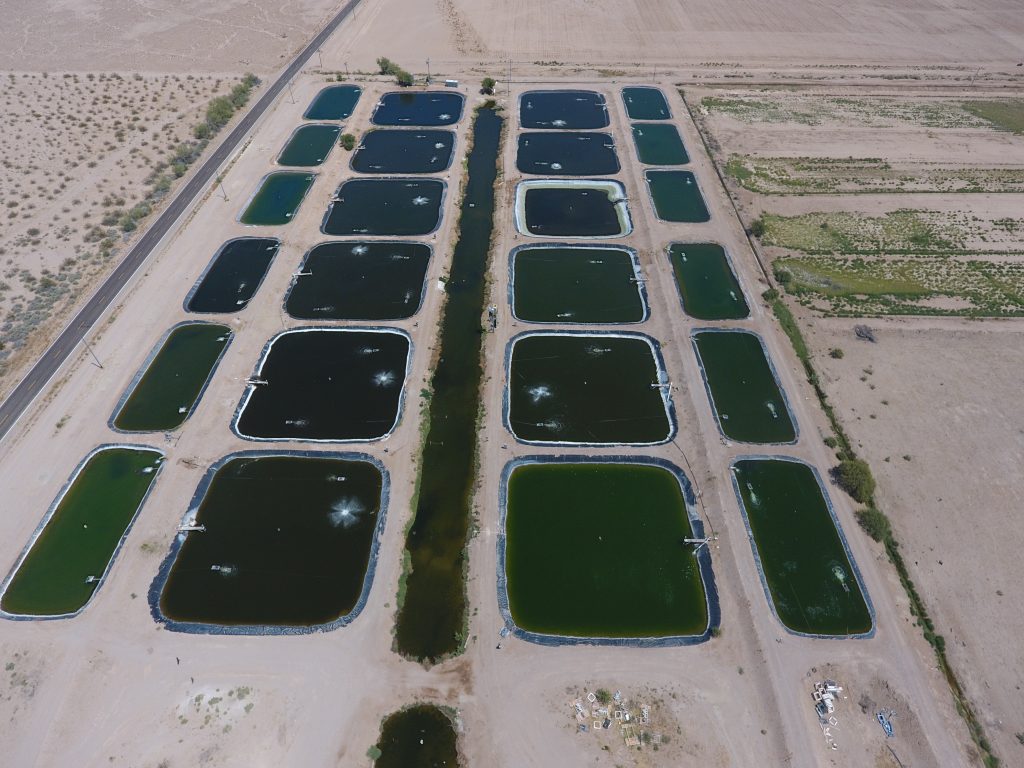 With the purchase of a 445-hectare farm in Arizona, U.S., MainStream Aquaculture has taken a major step in its core long term objective to globalize its sustainable seafood business model.

Started in 2001 as a 50-tonne recirculating aquaculture system (RAS) at Wyndham (Victoria, Australia) the company has steadily built its production base and expanded market penetration. They now produce upwards of 3,000 tonnes in Australia annually from five sites across two states.

Based on a philosophy of consistency and quality, and driven by an extensive genetic selection program over the last 20 years, MainStream have become one of the world’s leading seedstock suppliers. Their genotype, renowned for its delicate flavour, flakey white flesh and buttery fat marbling, is sold to farms in 27 countries on five continents.

Commercial Development Manager Paul Harrison, said, “We’ve focused on growth, uniformity, flesh quality and docility. It hasn’t been easy. Keeping these key attributes in equilibrium, and that means it hasn’t been cheap. However, it has paid off strategically. We have a line of fish that we know can be produced to a predetermined timetable and quality anywhere in the world.

“Having said that, we are continually analyzing the production data from our customers and looking at ways of fine tuning our breeding program. We have three hatchery sites, which gives us enormous capacity to do this, and to hold the many family lines a program of this scope demands. The three hatchery sites are spread geographically which also gives us a healthy degree of climatic and biological security.”

The first stage of the new facility at Desert Springs Arizona, will have an annual production of 500 tonne and the site has room to expand that capacity considerably. The farm design is a flow through operation utilizing the abundant geothermal water that gives the region its name; water temperatures are able to be maintained at 30 C. Dissolved oxygen levels are maintained through a venturi system and the enriched outgoing water is used to grow lucerne.

The fry are shipped in from the Australian hatcheries and reared to 50 grams in the company’s nursery. From the nursery, fingerlings are released into the open grow-out, consisting of 120 ponds ranging from 3,000 m2 to 16,000 m2.

MainStream Managing Director and CEO Boris Musa said “The system is connected to the Company’s proprietary enterprise management program that is able to relay daily situation reports to its central analytical division. The commercial FCRs monitored in the pilot were less than 1.5:1, which is aligned with the results other growers using the genotype developed by MainStream experience”.

He is upbeat that they will be able to establish barramundi as a premium value white-flesh fish in the U.S. market. “Barramundi is a delicious, nutritious and sustainable fish. It’s shown to be ideal for aquaculture and we’re immensely proud to expand our operations into the US. After several years market testing the product and operating a pilot scale barramundi farm in Arizona we have every confidence the American consumer is ready for the offering. By applying the capabilities we have developed in Australia over many years, we are confident the venture will establish Barramundi as a premium fish that is a sustainably produced and widely appealing white flesh fish in the USA”.