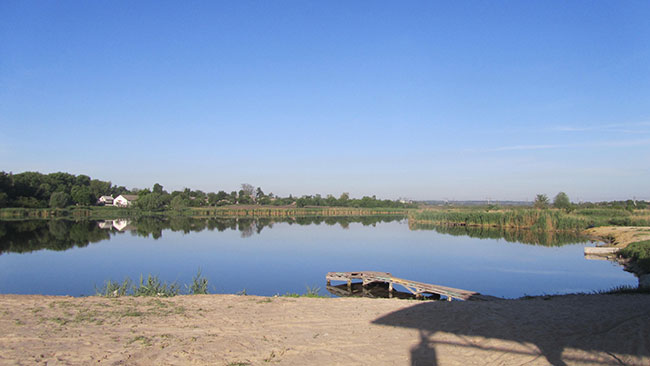 The war in Ukraine is having a massive impact on the country’s fish farmers with some producers suffering losses running into tens of millions of hryvnias, Ukraine’s currency.

Since the Russian invasion on Feb. 24, the national Methodological and Technological Centre for Aquaculture (MTCA) has gathered information from about 71 fish farms, revealing that 14 production units have been directly affected by the hostilities, mostly in the north and south of Ukraine. While damage levels range from hundreds of thousands to tens of millions of hryvnias across the worst-affected farms, MTCA says that everyone is suffering, primarily due to problems with logistics and a very strong decline in sales.

The most damaged farms (which cover a wide area) are located in the Kharkiv, Donetsk, Luhansk, Mykolaiv, Zaporizhzhya, and Kherson regions, plus the Autonomous Republic of Crimea. Although it has only been possible for MTCA to assess conditions on the 71 farms already contacted, the Centre says there are hundreds of other farms in relatively safer regions for which no live data is available.

MTCA said it was confident that supplies are reaching units but that it wasn’t clear what level of the volumes are arriving.

“Even where supplies are available, however, quality feed is very expensive and most of our aquaculture subjects do not have the financial means to purchase what they need in sufficient quantities,” the MTCA told RAStech Magazine.

Farming in wartime
According to Ukrainian Catfish farmer, Oleksandr Novokhatko, managing director of Catfish from Pavlysh (CFP), feed supplies are a long-standing issue in Ukraine.

“Even before the war, foreign feed of good quality was rather expensive and now our industry is faced with the situation where some of our colleagues are having to stop production because of feed issues,” he said, adding that feed was an issue for his own recirculating aquaculture system (RAS) farm.

Novokhatko and his business partner, Artur Cherepanov, started farming in 2016, working initially with two small tanks in an old Soviet building in Pavlysh village. Describing themselves as a couple of “aquaculture lovers” during the early years of their venture, they progressed in 2019 with the launch of CFP, a business which now extends to more than 20 tanks and supports an annual output of about 100 tons of catfish. They also produce freshwater shrimp (Macrobrachium rosenbergii), tilapia and crayfish.

Asked how much the war is damaging fish farming in Ukraine, Novokhatko said internal trading routes had certainly become complicated.

“Since February, our sales have decreased while the cost of production and delivery, if it is possible at all, have increased,” he said. “In addition, we have a major fuel crisis in Ukraine. The Russians have bombed a lot of our oil storage and refinery locations. Another problem is that, prior to the war, we received fuel from Belarus by pipes. Now, we are having to create new routes of fuel delivery from the EU. As a result, prices have increased by at least twice.”

As for longer-term prospects for Ukrainian fish farming, Novokhatko said there were so many issues to consider that it was hard to forecast the future, certainly while the war was still raging.

“The EU, USA, Canada, and others say they will help our country to recover,” he said. “We really hope to win the war soon, of course, but it is impossible to predict how much fish farming in Ukraine will be affected until this is all over, and we see what kind of assistance we receive.”

The international community is seeking to provide help. The Norwegian-Ukraine Chamber of Commerce, for example, has already sent NOK 1.6 million (about US$156,000) to support businesses in Ukraine, including fish farmers. The big challenge now, however, is to ensure this money reaches the businesses that need it.

“The Ukrainian government has told us that some grants will be available soon. At present, however, we don’t know the details of their program or how it will be implemented,” said Novokhatko. “The market here has really good growth potential but the aquaculture industry in our country was always suffering from an absence of money and governmental support. Our company always had a lot of development ideas, for example. Our main problem was the lack of financial assets,” he added.

In the same context, the message from MTCA to international agencies is that the industry’s greatest needs are assistance with fish feed, promotion, and sales. The Centre also urged foreign investors to become involved in Ukraine’s fish farming future, adding that many farms were ready to expand as soon as the opportunity arrives.

International support
Several support plans have been, or are being, put in place to help Ukrainian fish farmers survive the economic impact of the war.  One of the first to offer support was Sjømat Norges (Seafood Norway) who announced a member-driven relief effort on March 1, just days after the Russian invasion.

“Many in the Norwegian seafood industry have a close and long-standing collaboration with Ukrainian customers and have a strong desire to lend a hand in this critical situation,” said Sjømat Norges, who represent both aquaculture and fishing companies in Norway.

Responding to member demands for an “organised humanitarian relief effort,” Sjømat Norges has subsequently collaborated its response with the Norwegian-Ukrainian Chamber of Commerce (NUUC), of which it was already a member.

The Sjømat Norges board made an initial contribution of NOK 50,000 (US$4,900) while encouraging seafood companies, industry employees, banks, law firms, and all its partners to also contribute.

NUUC also took action, promising “quick and effective support on the ground in Ukraine,” while using its extensive network in Ukraine to help as efficiently as possible across a number of areas of relief and assistance. More recently, NUCC revealed that its fundraising efforts have so far enabled NOK 1.6 million (about US$157,000) to be donated to Ukrainian organisations, providing “crucial aid to the people of Kyiv, Kharkiv, Odesa, Sumy, and Mykolayiv, to name but a few.”

“All donated funds are sent, in total, to initiatives on the ground in Ukraine,” said NUCC, who are providing their services on an entirely cost-free basis.

Egersund Seafood Ukraine, a Ukrainian company co-owned by NUCC member company Pelagia, is using its seafood shops, restaurants, and kitchens in Kyiv and Lviv to provide help and support to many people.

“When the war started, the company began its humanitarian efforts by deliveringfree-of-charge food to soldiers, hospitals, and orphanages,” said NUUC. “Food was also sent from border countries, as well as from Norway. Egersund Seafood is now returning to business as usual.”

Renew Europe plan
On a broader geographic basis, Renew Europe, a pro-European and centrist political group in the European parliament, unveiled its own Food Security Plan on July 6. Enshrined in a 15 program proposals, the plan seeks to address the pressure on Ukrainian farmers who are unable to move livestock to their normal markets or to clear grain stores of last year’s crops. It also seeks to alleviate problems caused in many countries that have depended on Ukrainian supplies for feed and fertilisers.

A core part of the plan (presented by MEP Dacian Ciolo,  chair of Renew Europe’s task force on food security) deals with problems in logistics and transportation, the further facilitation of transportation and storage of the Ukrainian products, and the need to address obstacles to agricultural exports.

“These include the refusal of insurance companies to cover transport risks,” said Ciolo. “The need to reduce administrative burden with phytosanitary checks for the products and live animals in transit, and the need to create ‘green corridors’ for the transport of Ukrainian agri-food products.”

When asked how Ukrainian aquaculture might benefit from the plan, Ciolos replied that he didn’t have any specific information on how fish farming was being affected. He did stress, however, that rising input costs would be affecting the fish sector in Ukraine and that financial support would be necessary to deal with the current crisis. He also said that aquaculture has a major role to play globally in addressing food security concerns.

The Renew Action Plan was therefore an efficient, effective and timely response to today’s crisis. For example, by tackling legal barriers to allow the use of organic fertilisers and alternative plant protection products, but also by accelerating the production of protein for animal and fish feed by using innovative techniques.

“This will reduce dependence on Russian gas and fertilisers, and provide alternative options for farmers,” said Ciolos. “We suggest therefore the opening ‘green lanes’ for cereals, simplifying administration for goods in transit and increasing border crossings to facilitate and speed up the export of Ukrainian grains. These are practical solutions that require political will in order to be put in place.”

With the Renew Europe plan marking the organisation’s final press conference before the EU’s annual summer shutdown, however, the closing words “see you in September will not have sounded particularly encouraging to farmers in Ukraine for whom the next six weeks will be anything but a holiday.